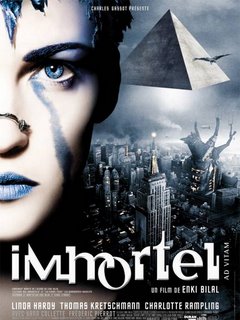 Immortel is from a visual standpoint beautiful. But style over substance can only get you so far. As a movie, it's jumbled and annoying.

In 2095, some Egyptian pyramid comes down from the sky and releases a bird man of sorts. I think some woman named Jill who has blue hair has to stop it. I wish this was a better plot description, but even IMDB can't explain it. The plot summary trails off. 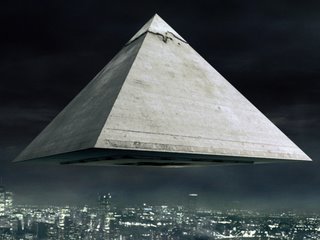 Immortel was shot on a "digital backlot" AKA a green screen, but what the crud is going on? There's birds, blue people, and pyramids flying all over the place. Then it ends. I guess it's too hard for a movie to MAKE SENSE. Maybe I don't "get it", but at least tell a coherent story. 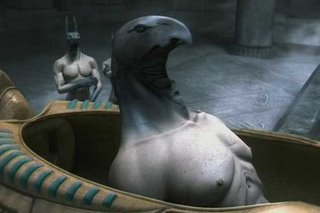 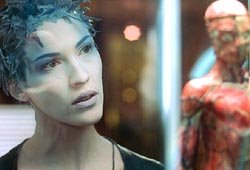 If you like visual eye candy watch it, but as a movie, stay away.