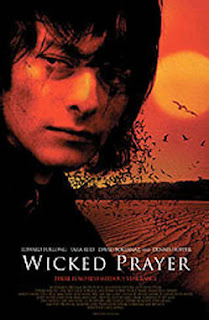 
The Crow: Wicked Prayer is another weak sequel to "The Crow" series. They should've stopped while they were ahead. (Meaning the First One).

The plot this time around involves Jimmy (Furlong) who gets murdered by Luc Crash (David Boreanaz) and Lola Byrne (Reid) (Get it? "Crash and Byrne"! Wow, the script was very prophetic with the end result...) and is resurrected to be "The Crow". He wants revenge. Does he succeed? 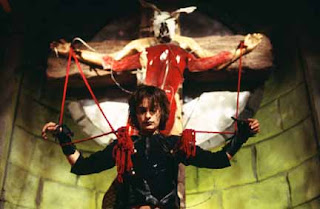 The movie is rife with silly dialogue and terrible casting. Who in their right mind thought Dennis Hopper could be a gangsta who spouts lines like: "He'll be your homey now and forever more!"? There's no way that could be taken seriously. Furlong looks like he's trapped in the headlights and there's no way out. 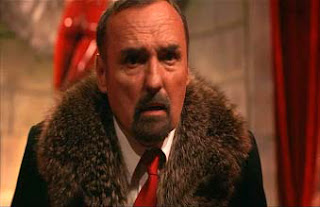 Boreanaz goes way over the top. When his voice starts to deepen for no reason when he says dialogue like: "Sorry folks, I'd slit all your throats, but I gotta get to the burial grounds..." you know something's wrong. Reid was trying, even straining to make her character work. The movie has endlessly quotable lines for the wrong reasons. The action scenes are poorly edited also. They couldn't get that one right either?

In the end: The Crow: Wicked Prayer should be avoided like the plague it is. 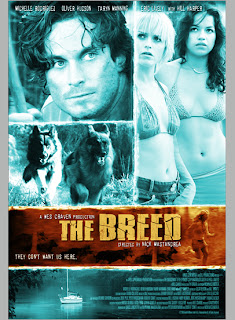 The Breed is an okay horror-thriller.

Nicki (Rodriguez) and her friends go to a secluded house on an island to party before college exams. In the beginning it's all fun and drinking, but then rabid killer dogs come after them. Can they escape? 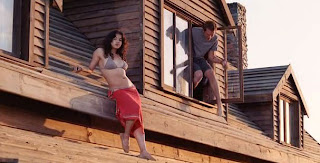 What's bad about the movie is that you don't feel for any of the characters. Harper's role is the token black guy. All he wants to do is drink even after the dogs have attacked. The acting is decent though. Rodriguez puts in a good performance and she does well with the action scenes. Manning was better in Hustle & Flow (2005) and Dandelion (2004). The dog special effects work sometimes, but story-wise, they come out of nowhere and there's no end to them.

The movie has been collecting dust and cobwebs for awhile now. It was slated for a theatrical release, but it's better off on video. 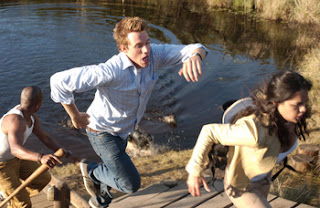 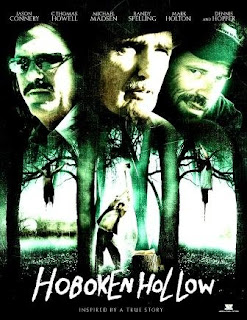 Hoboken Hollow is a disappointment.

Trevor (Connery) is a war veteran trying to take life easy and hitchhiking his way to California. While hitchhiking, a trucker named Clayton (Howell) asks him for help on his ranch. Trevor agrees only if he can leave the next day. Trevor finds out very quickly that the ranch is filled with deranged lunatics who like to torture and kill their helpers.

It's a good idea for a movie but it just doesn't work because the pacing is lethargic and the scares are minimal. Howell does a decent job as one of the killers, but Connery is wooden. 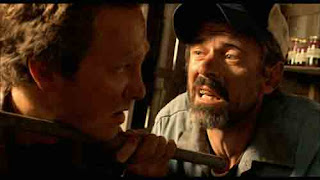 If you're thinking "Hey, Madsen and Hopper are in it! It can't be all bad...." well, I'm sorry, you're wrong this around. Hopper is in this for about two minutes and he basically says the same line over and over: "I'll give you a lift to the next town". Madsen has it worse because once again, as in "The Covenant: Brotherhood Of Evil” he has an obviously phony mustache. 2005 was the “glued on facial hair stage” in his career. One more thing: Anthony Michael Hall was one of the producers of this mess. Odd.... 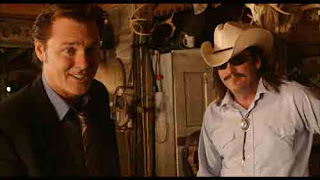 "Hoboken Hollow" is a very poor flick, that you should only watch if you're a Madsen or Hopper completist (I've seen "Tycus" for gosh sake. Tycus.) 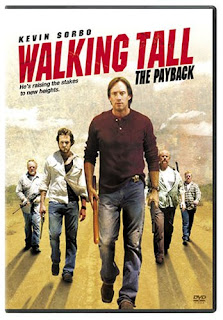 Walking Tall: The Payback is a very entertaining action flick.

Nick Prescott (Sorbo) comes to clean up the violence and corruption infested town his family lives in after his dad dies in an "accident". It's time to break out the walkin' stick! 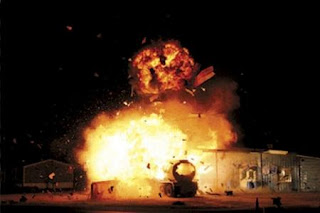 Kevin Sorbo does a really good job as the hero. The stunts and action scenes are well-filmed and edited. A.J. Buckley is the villian you want dead in the first scene you see him. The only problem is that the middle lags a bit and that's not a big deal. I wonder how they're going to top this one when the Walking Tall 3 comes out later this year.

Walking Tall: The Payback is way better than the last 4 Seagal flicks, and I definitely recommend it. 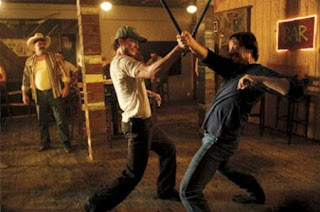 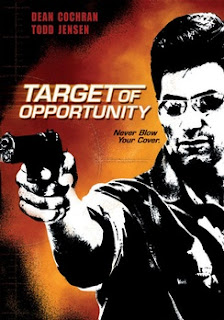 
Target Of Opportunity is an entertaining action movie. There's no need for a plot synopsis, because it's just non-stop action! Finally Nu-Image films are going in the right direction. If they put up a good budget and not rely on stock footage, they can knock it out of the park. 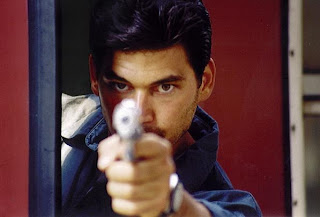 Of course, the acting and writing are mediocre but who cares? You definitely won't be disappointed.

You also have to support First Look Home Entertainment for putting this out. They have been releasing some other good films including: Direct Action, The River King, and Chrystal (2005). 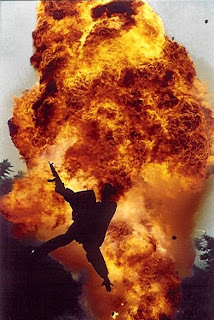 Sharon Bell (Tweed) is hosting a beauty pageant when Oz (Clay) and his band of criminals take over the proceedings. Now it's up to Sharon to save the day! 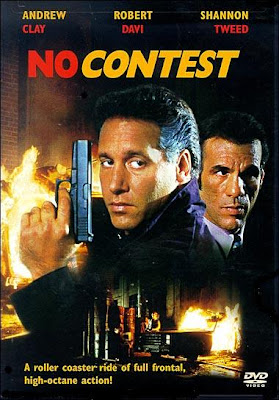 This movie is worth-watching for the unintentional comedy. The climax is hilarious. Dice and Tweed battle it out on a rooftop using martial arts. The sight of Clay doing roundhouse kicks and other similar moves is very amusing. Tweed also can't do karate and there's always a long shot instead of a closeup. 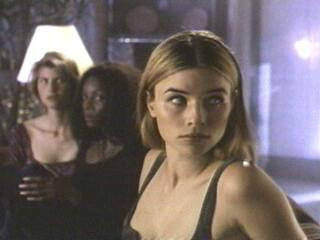 The acting by all is horrible, but it's not a big deal because you can't take this seriously. Taking a cue from such luminaries as Charles Sheen, Deborah Gibson, Joseph Lawrence and Jonathan Bon Jovi, you will note on the DVD box, this film stars, of course, Andrew Clay. Who's that? Does removing the Dice make people who wouldn't normally watch this kind of material suddenly come around?

If you've been asking yourself "Can Andrew "Dice" Clay perform martial arts?" Rest assured: This is the movie you've been waiting for! 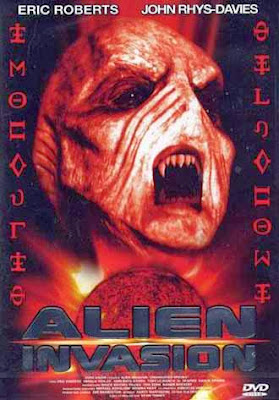 It looks like Velocity Home Entertainment does some of the editing of the movies they release on home video because they all look the same. In "Mafioso: The Father, The Son" the editing of the violence or any sort of action is sped up to make it look "cool". The same goes with "Endangered Species". The DVD box art is not only horrible but misleading. There's a monster on the cover, even though it's about aliens.

Direct To Video legend Eric Roberts is a detective figuring out who is killing people in spas and gyms. The plot is ridiculous, the special effects are laughable. The chase scene in this movie is so inept and badly edited that all you can do is stare at the screen in disbelief. Look out for a scene which features the aforementioned "Fast Motion" to make a car chase seem much faster than it really is. However, the editors fail to notice a man out for his evening stroll whose power walk has now reached epic proportions. He went from a middle-aged dork to Usain Bolt in a matter of seconds thanks to the editors.

If you want to laugh, rent it now! 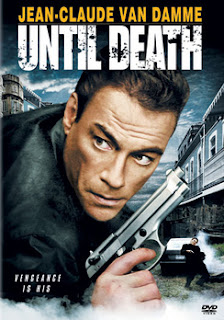 Until Death is a very entertaining action\drama.

Anthony Stowe (Van Damme) is a heroin-addicted, strung out cop who's trying to find his old partner Callaghan (Rea) who's turned dirty. When a sting goes awry, Stowe is shot and put into a coma. He wakes up and tries to right all the wrongs he's done.

Van Damme is excellent in the role. He puts a lot of effort into it and it shows. Rea plays a good bad guy, he goes a little over-the-top near the end though. The action scenes are limited, but they work well. There are a couple surprises with the characters I didn't expect. This is on par with Replicant and Wake Of Death in the Van Damme canon.

Overall, Until Death was way better than I imagined, and I was excited to see it at the time. 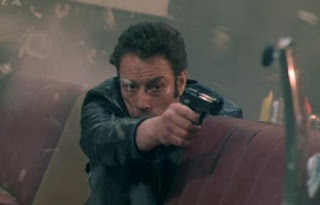