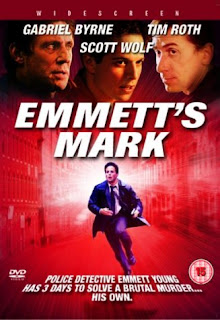 
Scott Wolf plays the title character who is diagnosed with a terminal illness. Young meets a stranger (Byrne) who can a hire a hitman (Roth) to kill him. Young accepts the offer at first, but he changes his mind at the last minute and now has to stop his own death.

The best part of the movie is the performance by Roth. He could just phone in his role, but he puts in an extra layer of character development that makes you like him. Byrne and Wolf also put in fine performances. There's also a really well-shot foot chase and while there's no reason for it, it was welcomed. If you're looking for something different, Killing Emmett Young is a decent choice. 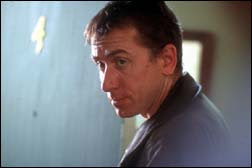 I enjoyed this one, too, and was actually surprised it did so poorly on video. Pretty decent flick, if you ask me.

I played the record store girl...Edith. Anyhow, you made my day!! I loved working with Tim Roth and Scott Wolf. Wolf was veeerrry amiable but Roth was insulting. I gave it back to him & he was PISSSSED! 😕😜💛💙💜💚