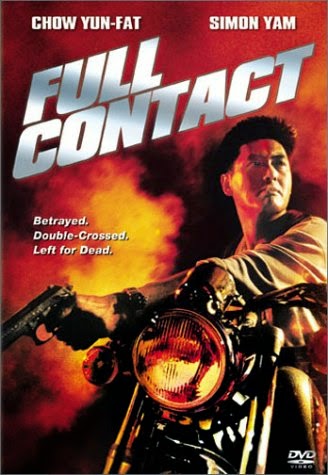 
Jeff (Yun-Fat) is a bouncer at a nightclub and one of the coolest dudes ever. He and his friend Sam (Wong) get mixed up with a gang of three unhinged criminals: the flamboyant and amoral Judge (Yam), his mohawked meathead sidekick Dino (Frankie Chan) and Virgin (Fu), the overheated female member of the group. While Jeff is after the money a potential heist might bring so he can help Sam with his gambling debts, not to mention to improve his own life and the life of his girlfriend Mona (Bridgewater), things naturally get out of hand and Judge gets very close to killing Jeff, but Jeff narrowly escapes.

Jeff then spends his time in Thailand training to get back into fighting shape so he can take on Judge and his buddies once and for all. And the final showdown will be an epic one for the ages. So get ready because this is going to be some FULL CONTACT revenge!

In our estimation, Full Contact is among the finest action product - or any product - produced in the fertile 90’s in Hong Kong. It’s a crown jewel of the genre, a shining example of what action could be and should be. It’s just an awesome movie, directed with energy and verve to spare, that’s gigantically entertaining and holds up to multiple viewings easily.  From the opening guitar lick forward, you know you’re in for something special. 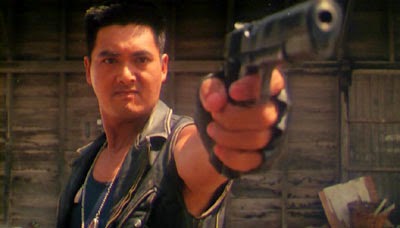 Chow Yun-Fat has never been better. As Jeff, the seemingly indestructible bouncer who coasts along on his motorcycle while wearing sunglasses and smoking a cigarette while shooting baddies with two guns, he defines the word “cool”. This is the role he should be known for. Every great action movie needs a super-evil baddie, and Simon Yam as Judge is perfect. He’s deceptively fey one minute, and deadly the next. His charisma is of a completely different sort than Jeff’s, and the contrast is noticeable and they make perfect rivals. 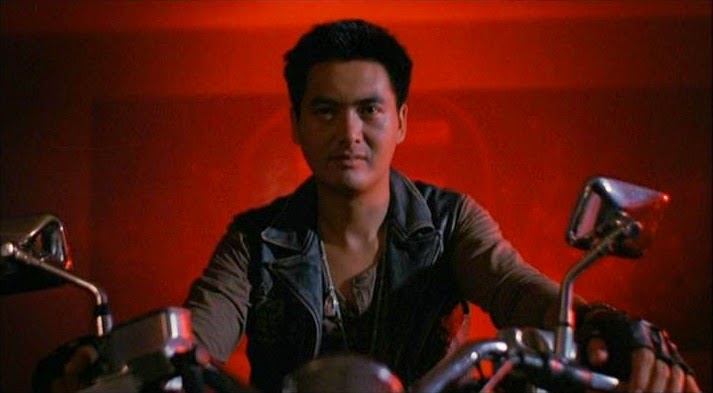 Adding to the excellence of this movie are the time-honored training sequences and disco scenes. The song used, “The World Has Gone Insane”, by Alan Tam, perfectly captures the spirit of not just the movie but the time in which it was produced. As do the songs by Extreme. Full Contact is also Ringo Lam at his best. He fashioned a powerful, intense and fast-paced ride of a movie that’s directed slickly and confidently.

It’s filled with the violence and stunts we’ve come to know and love, but somehow this movie is on a higher level than most. There’s even subtle themes to look out for, such as Jeff getting shot in the middle of his hands and bleeding, possibly a reference to the stigmata of Jesus? Regardless, Full Contact delivers the goods in spades and at this point in time is in a “much imitated, never equaled” sort of situation.

It’s well worth owning, so make sure you go on Amazon and buy the DVD post-haste, if you haven’t already.

Couldn't agree more, one of my favourite movies, Hong Kong or otherwise. In fact it's too long since I last saw it!

This was another lucky find from a local video store, easily one of Chow's most intense films(there was a scene cut where the main villain eats a characters eyeballs to prove he's dead).

By the way, is there any way I could get a list of all your 4* films?

A Hero Never Dies: Such a great movie! Chow Yun Fat should make another Hong Kong movie like it again.

Venom: Never heard about that scene.

Jack: Haha! We would never revoke your membership. If you click the 4 stars tag at the end of the review, you'll see all our 4 star movies.

Oh yeah! One of the best HK action films ever.