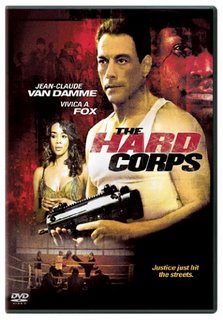 
The Hard Corps came out only three months after Second In Command (2006). That was fast. The plot is: Phillip Sauvage (Van Damme) is hired to be a bodyguard for a heavyweight boxer named Wayne Barclay (Raz Adoti) who is receiving death threats from gangsta Terrell Singeltery (Viv Leacock). Sauvage not only has to protect Wayne, but also his sister Tamara (Fox). 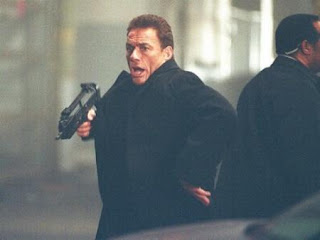 The movie is fast-paced at 110 minutes, but it still could be edited a bit. One character named Leonard, who is Terrell's nephew, is annoying and has way too much screen time. Besides that, the movie has some good action sequences, including the Uzi gun battle in a parking lot, and a excellent fight between Wayne and Phillip. It shows Van Damme can still kick ass any time. 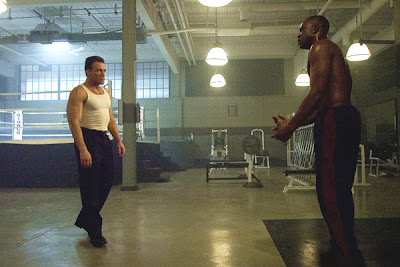