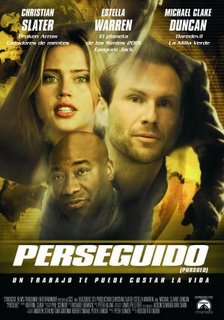 Christian Slater is excellent as Palmer. He knows how to be calm and to be ruthless at the same time, and make you believe it. Bellows is boring and Duncan doesn't have a lot of screen time. The ending is suspenseful, but a little ridiculous.

Pursued is worth watching for a hyped-up Slater and the unusual plot. 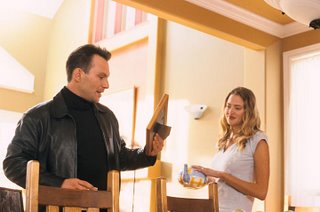