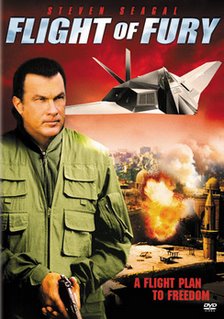 The plot, which is a ripoff of the Michael Dudikoff movie Black Thunder (1998) by the way ... is about "John Sands" (Mr. Large and In Charge, which officially makes Seagal, the Garfield of the action movie world) who has to stop a renegade pilot from giving a powerful jet plane to "Romanian Russians" (?). 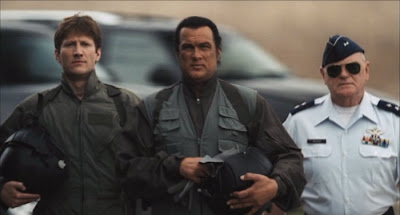 The good news is that this is a step up from Attack Force, which is a good thing, and it looks like Seagal was trying. The bad news is that he's still fat, and using ADR voice-overs. This movie is chock, and I mean chock full of stock footage from other movies like Stealth Fighter (1999) and Black Thunder. The "script" even uses the same names. Every aerial shot is mismatched.

There's some good action and explosions toward the end, and Seagal's one liner is "Hell Yeah" which is funny. My life is complete.