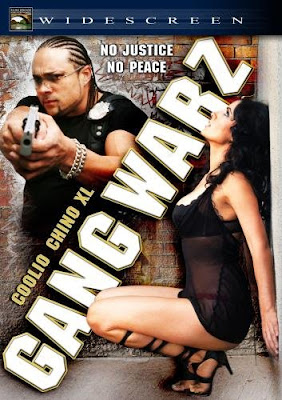 I expected the worst and got a surprise here. Gang Warz is actually good.

The Crime Strike Force was great at catching criminals. Until corruption and bribes surfaced, and because of that, violent gang members were let out of prison. One gang member, Marco Cruz (Patlis) vowed to kill the people who put him away. Ro Conner (Chino XL) is the cop who has to stop him.

The biggest surprise of the movie is that Coolio's performance was first-rate. He was subtle. Robert Vaughn makes an appearance and spouts cop clichés. Chino XL was a little wooden in his delivery.


The action scenes were goofy because during the gunfights, it looked like they didn't have a budget and winged it.

Besides that, if you want a pretty decent cop\gang flick, this isn't a bad choice.