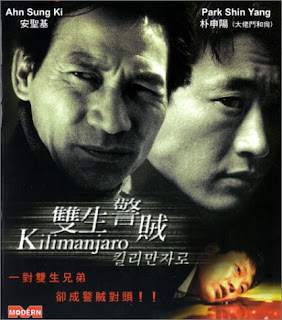 Kilimanjaro is a slow moving drama. It's about a cop and his identical twin brother who don't like each other. Then some gangsters get involved and the brothers have to find a way out of their predicament.

The problem with the movie is that nothing really happens until the climax. The climax is suspenseful and ending is very dramatic.

The acting was good, but it doesn't save the weak writing.

I recommend Kilimanjaro because of the acting and the climax, but that's it. It could have been a great movie it wasn't hampered by the sluggish pace.