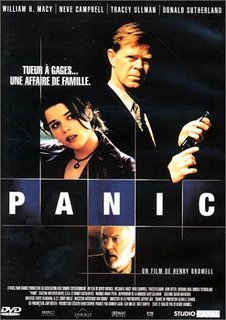 
Panic is an excellent drama. Macy plays Alex, who is a hitman. He wants to retire, but his Dad, Michael (Sutherland) won't let him...without a fight. Alex is having a nervous breakdown and goes to a psychologist, Dr. Parks (Ritter) When Michael hears about this, he puts out a hit on Parks.

Panic was dumped on video for no reason. It's definitely a hidden gem. The whole cast is fantastic. Macy and Sutherland are perfect in their roles. Sutherland's character stands out. Even when Michael is opening a birthday present, he looks menacing.

Tracy Ullman plays Alex's wife. She also does a good job at developing her character throughout the film.

Panic is a movie you should look out for, if you like the actors involved. 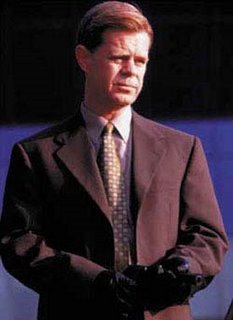