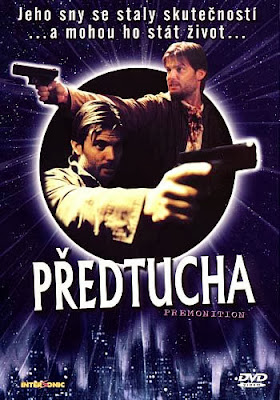 Premonition or "The Psychic" is a decent thriller. It's basically a variation on The Dead Zone (1983). Instead of Walken it's Casper Van Dien.

Van Dien plays Jack Barnes, a cop who gets killed in the line of duty. He's brought back to life and now he see visions of disasters. These visions somehow connect to a terrorist group.

Casper puts in a good performance. Everybody else is mediocre. The action scenes are well-filmed, but the special effects are cheesy. The helicopters and explosion at the end of the film looked too fake.

In the end: It's definitely not a bad film, if you watch it with low expectations.