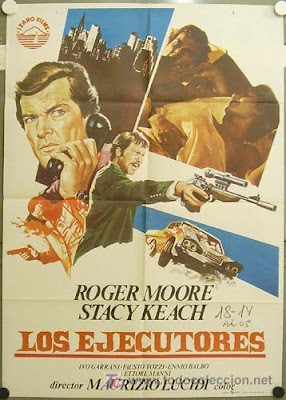 AKA: Gli Esecutori, The Executioner, The Executors, The Man From the Organization, The Sicilian Cross


When a cross from a Sicilian church is shipped into San Francisco with a million dollars worth of heroin hidden inside, mafia don Salvatore Francesco dispatches his nephew Ulysses (Moore) to find the three thugs responsible. Ulysses then teams up with his race-car driving buddy Charlie (Keach). Charlie checks out all the seedy haunts and dives of San Francisco while Ulysses goes to Sicily for answers. When back together in SF, all hell breaks loose, as a series of double crosses and emotional flashbacks reveal the horrible truth. 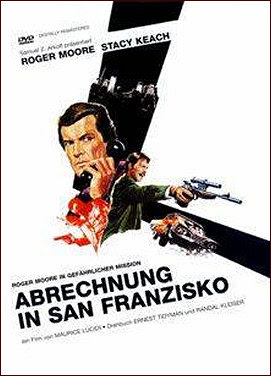 Maybe it's the presence of its two major stars, but this mafia yarn is pretty restrained. It's not nearly as sleazy/violent as it could have been or should have been. It seems that in the wake of The French Connection (1971) and The Godfather (1972), among others, all the many writers and directors involved in this project (one of which was Ernest Tidyman of Shaft (1971) and French Connection fame) tried to mash it all up and hoped Roger Moore would be the glue that held it all together. Sadly, that plan was as half-baked as the movie itself. 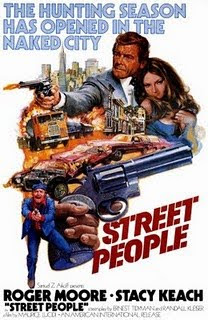 Not to say that Street People is all that bad. There are some funny stereotypes, an enjoyable 70's atmosphere, nice San Francisco locations, Roger Moore is charming as the half British, half Sicilian cousin, and Stacy Keach looks like he's having fun. Keach gets off some great dialogue, not the least of which is: "I'm gonna spread the word that you're a turkey deluxe!"

Keach pretty much steals the show, with his relaxed, fun-loving performance. The highlight of the movie, the "car test-drive" scene, succeeds mainly because of him. There's an impressive car chase towards the end, and some slow-motion emotional flashbacks with Bacalov's score at the climax of the film, and presumably the director(s) were, at the last minute, aiming for a Sergio Leone-like experience. It would have been better if it was all more cohesive. 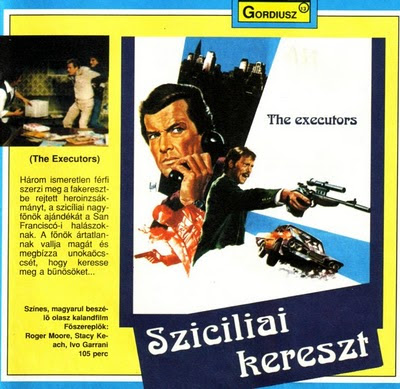 Released by American International Pictures (the original AIP) in the U.S., and released on video here on Vestron, Street People may be worth seeing for the chemistry of Moore and Keach, or for people that have seen a lot of 70's drive-in mafia flicks and want to see something else, but for casual viewers, it does leave something to be desired.