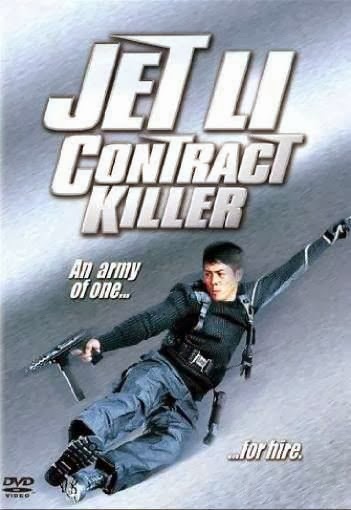 
A down-on-his-luck and financially strapped ex-soldier named Fu (Li) is reluctantly is drawn into becoming a hitman after moving from the country to try and make it in the big city of Hong Kong. Before a mega-rich Japanese businessman is mercilessly assassinated, he smartly planned ahead and offered a hundred million dollars to whoever captures his killer. A whole panoply of money-grabbers come out of the woodwork to try and claim the loot by catching the wily killer, including the murdered tycoon’s son Eiji (Sato).

While Fu and a charismatic underworld type named Norman (at least in the U.S. version his name is Norman) (Tsang) are trying to work their way through the precarious situation they find themselves in, with the help of Kiki (Leung), a cop named Chan (Yam) is trying to prevent any more bloodshed. Who will find - or become - the “King of the Killers”? Find out today...

We’ve always been big Jet Li fans, and Contract Killer is a solid showcase for his talents. It was fun watching him go from a thrifty ragamuffin to a dapper killer, but while still continuing to be a good guy at heart, of course. He even helps a group of children win stuffed animals at a carnival, including one lucky kid who gets a Big Bird and a Cookie Monster. Pretty sweet. Much of the transformation of Fu’s character was done using a classic shopping montage, which we always love to see. 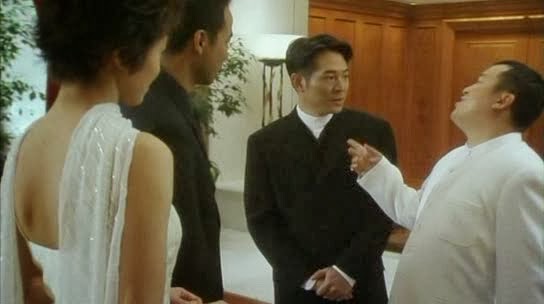 Director Wei Tung, who is primarily known for being an actor and stuntman, turns in a well-shot, professional-looking product, and the U.S. DVD is in widescreen, which reinforces that. Unfortunately, it’s English-dubbed only, with no option for the original spoken language.

Another frustrating thing about the DVD presentation is that a lot of annoying rap music is shoehorned in all over the place. In many scenes, funky-fresh beats just randomly start playing, and of course it’s all over the opening and closing credits. The lyrics even appear if you turn on the closed-captioning. Here’s a prime example, and we quote: “contract killer, yo.” Our question is: WHY? Is there someone out there who would enjoy the movie exactly as it is, but the fact that there isn’t rap on the soundtrack every two minutes cause him to lose faith and interest in the film? Would that really be a dealbreaker for someone? 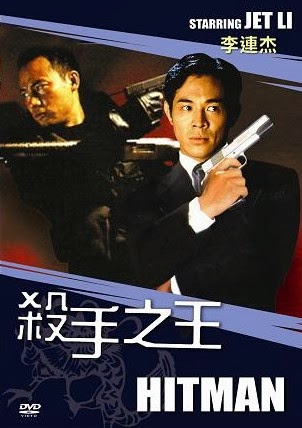 Of course, the main reason to watch Contract Killer is for the Martial Arts fights, and there are some absolute killers on display. It really is a pleasure to watch Jet Li work his magic.

We definitely felt these high-quality and extremely well-executed fights should have lasted longer, and there should have been more of them. But what we do get is top-notch stuff. Not to belabor the point, but watching these beautifully choreographed battles with some piped-in hip-hop is like spray painting over fine art. But honestly it’s not really reason enough to avoid seeing this movie, especially considering it’s available dirt cheap and is widely accessible.

While not without its flaws, Contract Killer boasts some impressive fights, and is one of the last pager-era Martial Arts extravaganzas.

The US version is cut by 6 minutes, and gets extra rap music and a Norman. Whoever made those decisions is definitely not a business genius. Personally, I think this movie was a step down for Jet Li, compared with his early-90s movies.

Heh, I actually liked the rap soundtrack for this film, though it did admittedly sound a bit odd in places.

Roger: Haha. Totally agree. Same with Black Mask and the rap music. There's no need for it. This was ok...Jet was solid though.

Venom: It definitely did. Just have the original music. No need to change. Haha.