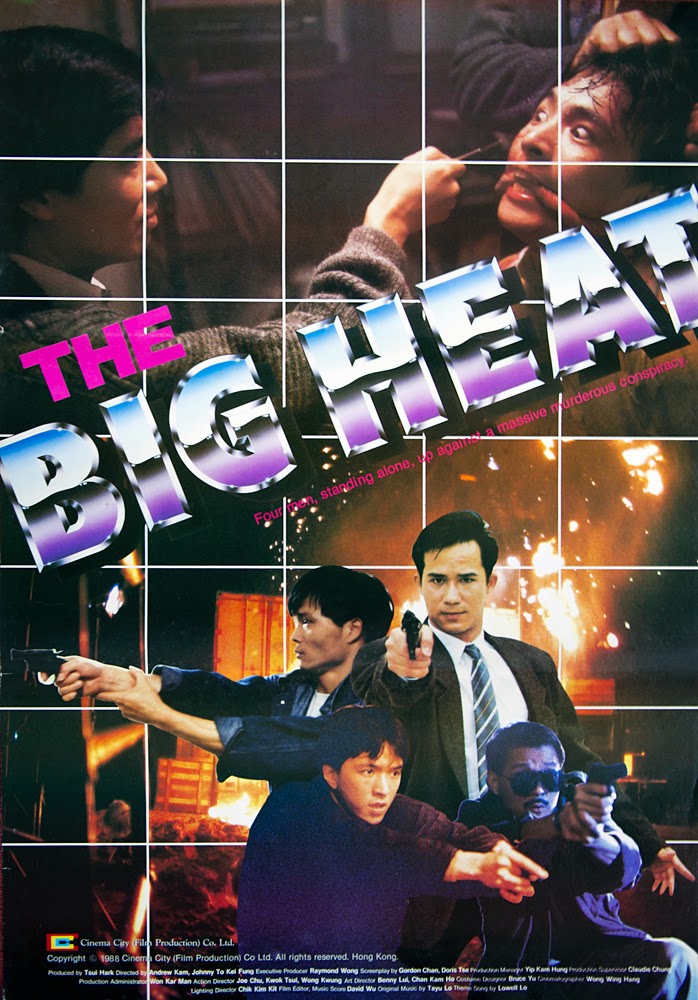 Directed by: Yeung-Wah Kam, Johnnie To, and Tsui Hark


Hong Kong cop Wai-Pong “John” Wong (Lee) has been having nightmares about his right hand. He’s worried it will cramp up and be of no use should he get into a firefight and he won’t be able to protect his partners Kam (Kwok), Clumsy Lun (Wong), or Malaysian cop working with them, Ong (Lo). Not to mention his wife Maggie (Mak), who he’s been having troubles with lately.

But Wong is going to have to put his psychological/physical issues on hold, because Hong Kong is about to be turned upside down by drug-dealing, blackmailing, ruthless gangsters that kill witnesses at the drop of a hat and want to do as much illegal activity as possible before 1997 (when HK becomes independent of British rule). This sets the stage for one of the most blood-drenched battles Hong Kong has ever seen. The heat isn’t just big...it’s HUGE!

It’s pretty easy math to do: Stylish police drama + Hong Kong + The 80’s + GORE scenes = complete and total winner! We believe this movie’s under-the-radar status, coupled with its being credited to not less than THREE directors, one of which is Johnnie To, another being an uncredited Tsui Hark, plus its groundbreaking uses of extreme violence, puts The Big Heat firmly in the category of cult movie. Which is saying a lot because that’s one of the most misused terms out there today. Most movies deemed “cult” are not. We’re pretty sure The Big Heat is. The title is not to be confused with the also-excellent (but couldn’t be more different) film noir from 1953. Quick sidebar: if you look closely in one of the scenes, you can see a poster for Young Warriors (1983) in the background. 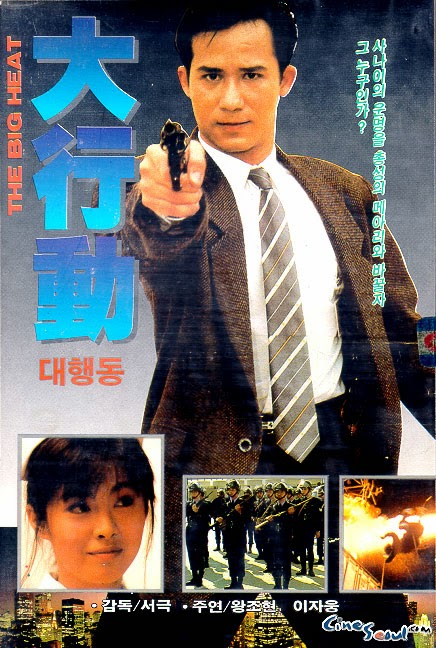 The Big Heat delivers all the bone-crunching violence you could ever possibly want, and we applaud them for going so far over the top. But the real truth is that this would be a good, solid, interesting movie even without the excessive blood and mayhem.

It’s stylishly and energetically directed, and would easily hold the viewers’ interest sans all the brutality on show. So you can imagine the thrill-ride this movie is WITH all the violence. All the fights and stunts are spectacularly well-staged, and the viewer is never less than totally entertained. Plus there’s plenty of slow-motion dramatics so popular at the time to increase the operatic feel of it all.

If The Big Heat was an 80’s boombox, it would have all the levels cranked to the top. We give this movie a very strong recommendation so make sure you see it!