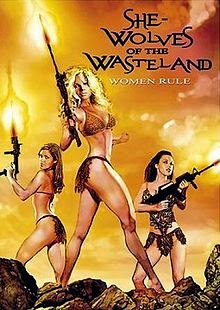 AKA: Phoenix The Warrior

In yet another post-apocalyptic future, men have been eradicated. The surviving women left alive on the planet battle for supremacy. The head baddie in this manless future is Reverend Mother (Howard), sort of a cross between The Emperor from the Star Wars movies and Plughead from the Circuitry Man movies. She has a way of impregnating people, but she doesn’t want any male children born. She’s kind of like the opposite of China. When Keela (Sands) becomes pregnant, she goes on the run. A baddie-ess named Cobalt (Khambatta) faithfully executes the orders of the Reverend Mother. Thankfully, Keela meets up with a warrior chick (also called a “Sandtrapper”) named Phoenix (Kinmont) so they can both battle all the goons that are after them. Along the way, they find the last man alive, not surprisingly named Guy (Emery), and they face many trials and tribulations as they fight to stay alive. What will happen?

It’s not Warriors of the Wasteland, it’s She-Wolves of the Wasteland, so, you know, let’s keep that in mind. (Though, to be fair, this did come out on VHS as Phoenix The Warrior). For an American post-apocalyptic slog, this is modestly entertaining, and the pace isn’t that bad. It’s not terribly different from others of its kind, but the main twist in the formula, if you want to call it that, is the 98% female cast on display. If nothing else, you can always gawk at the eye candy. There’s certainly no shame in that - heck, what else would you be gawking at if not for that? 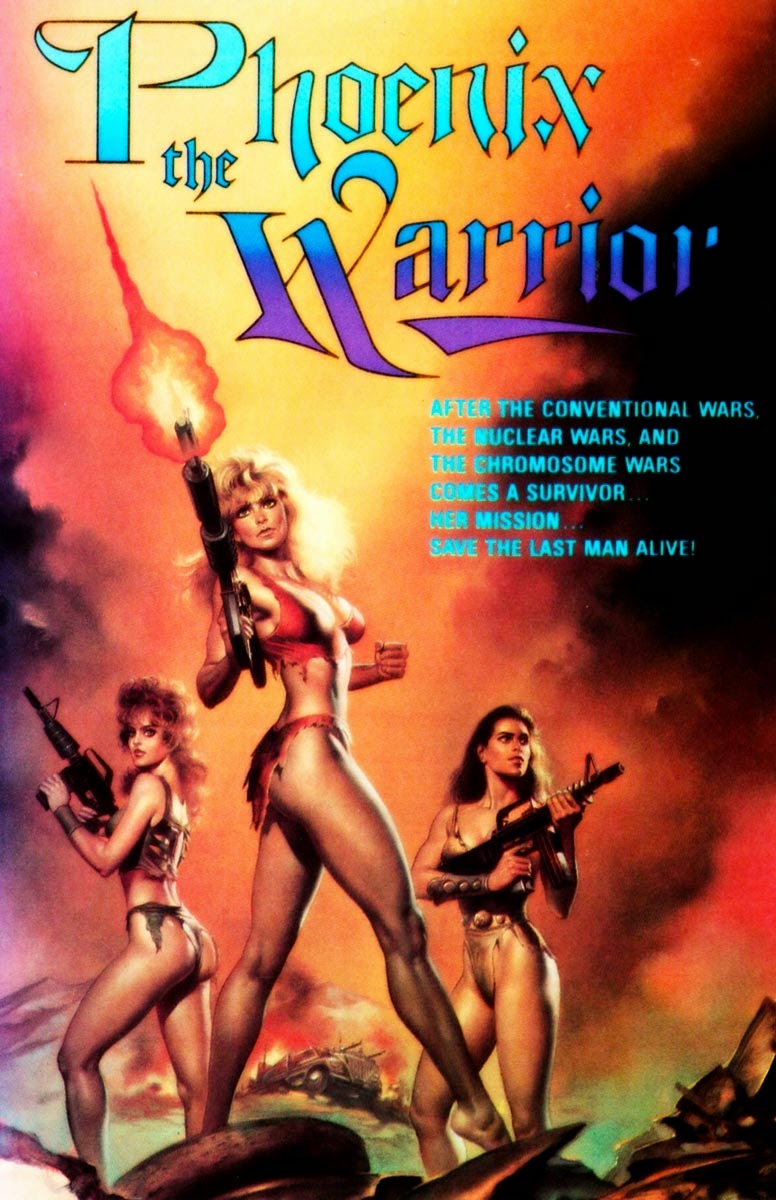 Many of the post-apocalyptic mainstays are here: riding around a desert setting in dune buggies, characters with torn/bizarre outfits, wacky makeup/hair, narration in the opening that sets up why there was an apocalypse, but never comes back to explain anything else, and of course, some shooting and blow-ups. By definition this time around, all the fights are cat-fights, though that description may be demeaning to Kinmont as the noble heroine. She doesn’t need a man around, much less Lorenzo Lamas. Persis Khambatta as the baddie is tough too, however - she even has an Andrew Scott-style necklace of ears. Women love necklaces and earrings so this really saves time. Khambatta is also listed as an associate producer, and she does seem intensely into her role as Cobalt. We applaud her professionalism in the face of low-budget silliness.

There are some organized prison fights to the death (THIS close to Punchfighting but not quite, mainly because swords and other weapons are used instead of fists, and we don’t see anybody clutching the cash in their hands), and of course where would we be in life if there wasn’t a Final Warehouse Fight? Interestingly enough, in the future, bizarrely deformed mutants will use TV Guides as religious articles and remembrances of TV shows are the new religion. Ideas like that help propel the movie along. And it is comforting to know that in the future, after the apocalypse, hair crimpers will still be widely available.

God bless you, AIP, you’ve managed to wring some last droplets out of the post-apocalyptic genre. We knew we could count on you.

This isn't the same Robert Hayes who starred in the Airplane! movies and the Starman tv show is it?!

Sadly, is not Airplane's Robert Hayes, But it might be a better Robert Hayes because he is the cinematographer for many TV shows (including Pacific Blue (AKA Pac Blue)...(Mario Lopez as a bike cop)