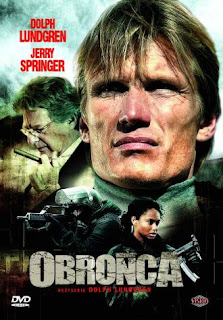 
This is Dolph's directorial debut. For the tight schedule and budget he had, Lundgren does a really good job. Here's the reason to watch the flick: It has Jerry Springer as the President! 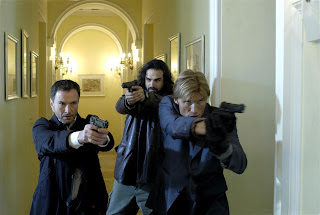 Dolph Lundgren stars as Lance Rockford who is assigned to protect the prez from terrorists. Everything goes wrong and Rockford has to battle everybody. Springer puts in a decent performance and the movie has a lot of action. Worth Watching! 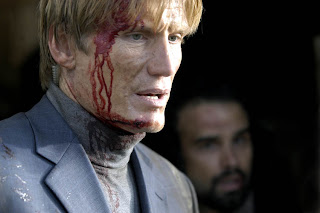 This is a different kind of Lundgren. Worth the watch, this flick is.

Definitely agree with you. The Defender was a lot of fun!

picked this up yesterday for $1. yet another one to add to our watch list.

What a deal! Looking forward to your opinion of the movie!