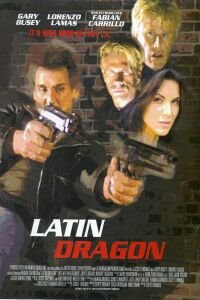 Latin Dragon is an entertaining action film. Danny Silva (Carrillo) is an undercover agent who has the battle the street gangs in his neighborhood. Gary Busey plays the street kingpin "Thorne". Lorenzo Lamas is his henchman "Frank".

The drawback in this movie is that Carrillo looks like a Latino Ray Romano. So it's hilarious to see him do martial arts. Everybody loves him. Busey and Lamas sleepwalk through their roles. 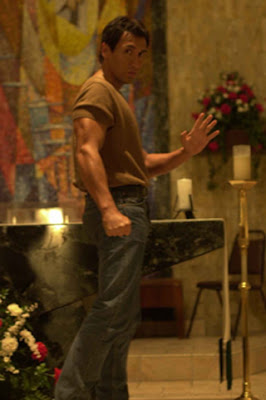 There's also some unnecessary "Matrix" style FX that come out of nowhere when bullets start flying. Overall, it's cheap and fun action... If you don't mind that.