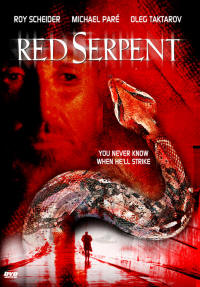 
One of the worst movies ever made! The movie is about a businessman (Pare) who gets mixed up in the Russian mafia run by Hassan (Scheider). To get straight to the point: This has some of the worst editing ever. There are jagged cuts everywhere. The special effect at the end was terrible and it's an injustice to exploding helicopter fans everywhere. On top of that, the acting was very poor and dubbed oddly. This was the first movie I ever rented on Netflix. Hard to believe I was even excited to see this unmitigated crud. It was not an auspicious start to my life of "Red" envelopes.