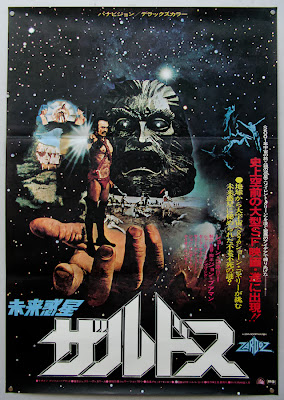 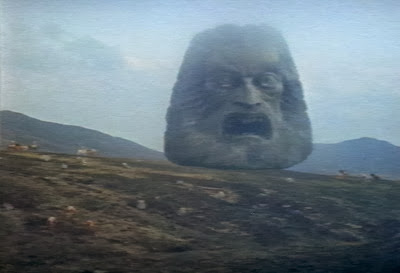 The whole movie is a lot of fun: The ridiculous plot, "terrible" sets, and a silly performance from Connery. The special effects are good for their time though.

There's something fascinating and inscrutable about Zardoz, from the
title on down. Only in the 70's could a movie like this be made. Thank
goodness for those times, or gems like this would never see the light
of day. Don't ignore Zardoz.

Hey! You were pretty hard on Zardoz. This movie has a lot of atmosphere, and it's a very interesting story.

I mean no disrespect to "The Doz" I worship him everyday.

are you nutz?? the doz rules.

I have been having 'Zardoz' on my to-see list for years, and I never seem to finally pick up the film and watch it! I will, I promise... someday.

It is well-worth it and they don't make movies like that anymore! Sean Connery at his weirdest!