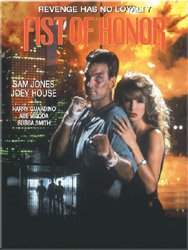 When I first heard the title Fist Of Honor, I just assumed Abe Vigoda was in it. Thankfully my assumptions were proven correct.

'Honor is another winner from PM Entertainment.  "Fist" Sullivan (Sam Jones) is an enforcer to the mob. His sole purpose is to beat up the rival mob's goons. When both mobs declare a truce, "Fist" has nothing to do. But when Sullivan's boss Dino Diamond (Guardino) decides to break it, "Fist" is set up in the death of rival mob kingpin Victor Malucci (Vigoda). "Fist" now has to make his name count to save his life.

I said the name "Fist" three times in the plot description to make a point: Every character says his name a hundred times. Also every scene of the movie is "Fist" beating up some mullet-headed goon. How can you not enjoy that? The first fight in the movie is weak though. It's so fake and the opponent looks like he's gonna throw up every time the camera goes for a closeup. Let's not forget Bubba Smith as a helpful detective. He puts in a decent performance. 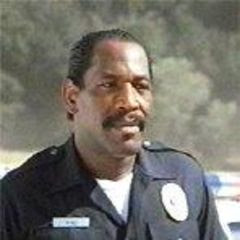 Sullivan's big line is "When someone challenges me, I fight!" With that line in mind, you know you're not watching Shakespeare, but it's tough, simple fun that's sure to entertain.