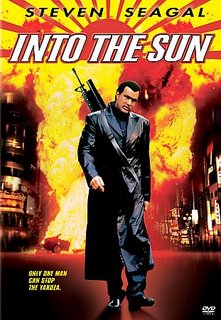 
Into the Sun is one of Seagal's better efforts of late. "Travis Hunter" (Seagal) goes to Japan to stop the Yakuza. This time he has a partner named Sean (Davis). They uncover a drug ring bigger than Seagal himself.

Most Seagal movies nowadays are shot on the cheap in Bulgaria. But this time around they shot it in Japan. That was a good choice because the colors are bright, and there's a lot of breathtaking sights. Seagal puts in his routine performance, but he smiles!.... On second thought, It's probably a stunt smiler. There's also a few scenes where Hunter speaks Japanese but the townspeople don't. That was weird. I guess only "reported egomaniac" SEAGAL can speak the language. He does put some energy into the fights though, and the climax with the samurai swords was cool. 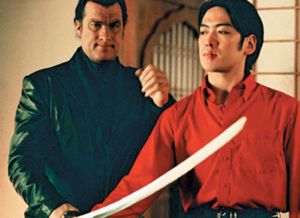 Into The Sun had a $35 million dollar budget and was supposed to debut in theaters. I don't know why it didn't, it's not a masterpiece but it's just as good as Exit Wounds (2001). 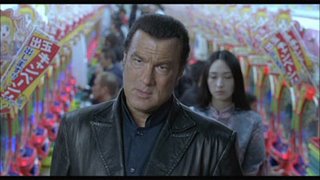