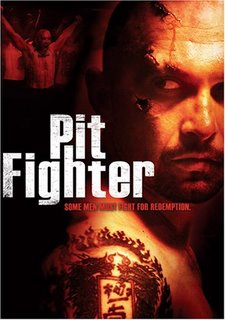 Pit Fighter, not to be confused with the classic 90s Sega Genesis game of the same name, is a gritty and bloody action movie.

Jack (Vandenberg) wakes from a coma after a bullet was put into his brain. All he wants is revenge. But first he needs to climb up the ranks of a corrupt system and that means he has to fight. 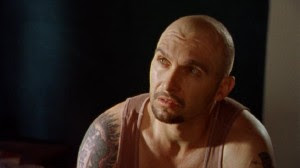 If you want realistic and well-choreographed fights this is the movie for you. Every move is bone-crunching. One guy gets his eye knocked out! Vandenberg puts in a gruff performance as the anti-hero. Steven Bauer plays his friend and manager. Bauer is always good and he has some interesting lines like:

"Well, you ever wanna know what God thinks about money, you look at those to whom he gives it to."

The movie is fast-paced and well-directed. Jesse Johnson put a lot of energy and effort into this and it paid off.

The climax is very entertaining. Jack fights everybody with only a sword and his fists.

Pit Fighter is a hidden gem that's worth uncovering.