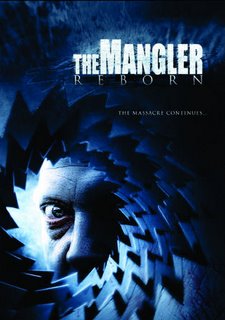 
The Mangler Reborn is a million times better than the atrocious and unfortunate The Mangler 2 (2002).

The plot: Hadley  (Blakesley) is a repairman. He finds pieces of the mangler machine and puts it together. He grows obsessed about it and starts going on a killing spree to feed the machine. His latest victim Jaime (Brooks) is trapped in his house. Can she escape before she's another body on the chopping block? 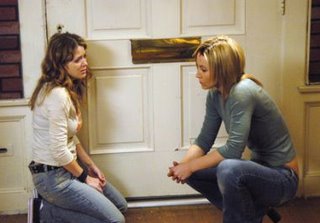 The pacing is slow,but the acting is pretty good. Reggie Bannister makes an appearance as Rick the house robber. In his limited screen time he makes you feel for his character. You can also see that the directors really put their heart into the film.

In the end: The movie is scary, and there's some heavy gore scenes. It's worth seeing at least once. 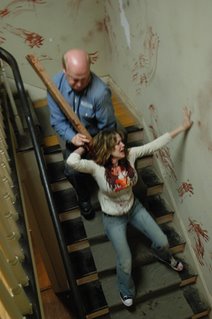 I thought The Mangler 2 and The Mangler Reborn were the same thing. Whoops! I'll have to check this one out.

The Mangler 2 is so bad it hurts. I'll say one thing: one of the kills is a computer saying "You are the weakest link goodbye" and then the black guy dies.