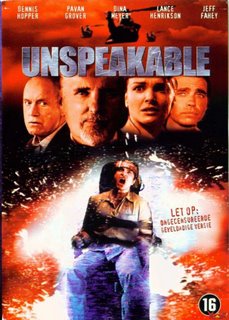 
Unspeakable is a laughable but entertaining horror\thriller.

Jesse Mowatt (Pavan Grover) is a serial killer who is sent to the toughest prison in New Mexico. The Warden (Hopper) is one mean guy who spouts lines like "I am God!". The only person who could save him (I don't know why someone would do that but okay...) is Diana Purlow (Meyer) a scientist who has a device that can look into people's minds. Does she find the truth? 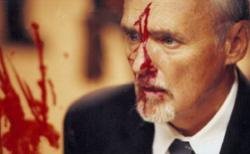 This movie is hilarious. Dennis Hopper goes so over the top you can't believe it. He also has a couple more "great" lines like ("I want to kill you a hundred times over!" and "I will barbeque your soul!") He really wants to do a lot of stuff. But, then again, he is the evil warden. Meyer goes through the motions. Grover, who also wrote this mess, is very self-absorbed in the role. Fahey and Lance both make cameo appearances and they put in their usual good work. The ending is completely ridiculous. It involves ghosts, Fahey's character and abortion.

Overall, if you want to laugh, watch Unspeakable. 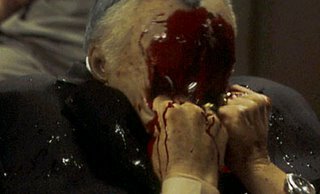