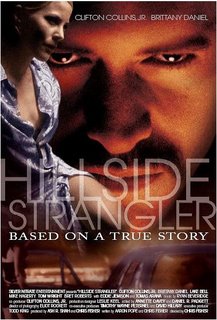 Rampage: The Hillside Strangler Murders could've been so much better.

Dr. Samantha Stone (Daniel) gets a case that involves accused murderer Kennenth Bianchi (Collins Jr.) She gets into his head, and eventually he does the same to her. 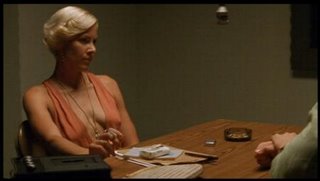 The main problem with the film is that there too many camera and sound tricks. It's very distracting and headache-inducing. The camera goes around in circles every two seconds. 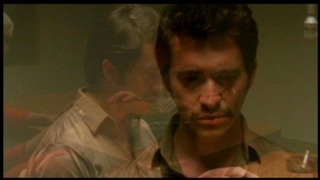 What's good about this film is the performances. Clifton Collins Jr. is great as Kenneth. If you watch his other performances in 187 (1997) or Mindhunters (2004), you can see the immense talent he has. Brittany Daniel does a decent job. Yes, she takes off her clothes, but she has acting ability. In the end: This movie is a misfire, but thankfully it does boast two good main performances, without that, it would have been a disaster.