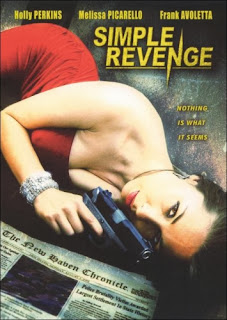 
Simple Revenge is a well-made thriller. The plot concerns Alex (Perkins) who is about to get a promotion at her job until it's taken by Ann (Hawthorne). Alex is very mad about this and decides to get revenge on her by seducing her husband (Garman). Ann finds this out and confronts her. The confrontation leads to an accidental death and now Alex has to cover up the body.

Simple Revenge has a lot of twists and turns. It's very unpredictable. The acting is top-notch for the genre and it's fast-paced.

If you're sick of the usual boring mystery\thrillers out there, rent this. You won't be disappointed.