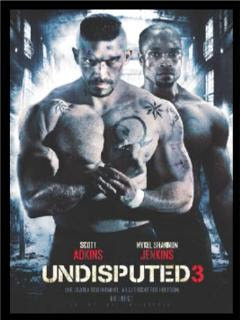 
"One Deadly Tournament. A Last Fight For Freedom."


Undisputed III: Redemption is just as well made as the 2nd one.

Boyka (Adkins) is still in jail after the fight with Chambers (played by Michael Jai White). Chambers destroyed his knee. All Boyka wants to do is fight again. "I am the most complete fighter" he keeps telling himself.

Luckily, there is a new ultimate fighting tournament in Russia, called the "Prison Spetz Competition" where they get the best fighters in the country to fight for their freedom. It is run by the corrupt guards of the prison and the mob.

Boyka is desperate to get in and after he barely beats a fellow prisoner, he is let into the competition...but the guards and the mob have rigged the event for the dangerous Colombian fighter to win and Boyka to lose. 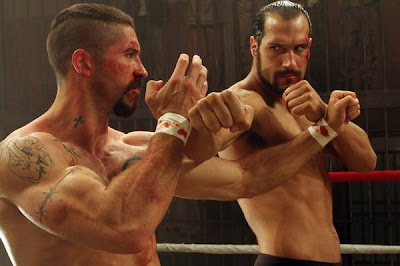 Can Boyka win the tournament against all the odds?

The best parts of the movie are the fighting sequences. They are excellently choreographed and brutal. You can almost feel every punch and kick, because this is a punchfighting movie, the plot is basically predictable and some of the acting is amateurish. 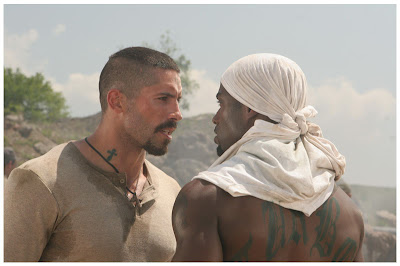 Scott Adkins' fighting skills are amazing in this. He executes one kick towards the end that is just devastating.

Undisputed III is one of the best DTV fighting movies in a long time and I definitely recommend it. 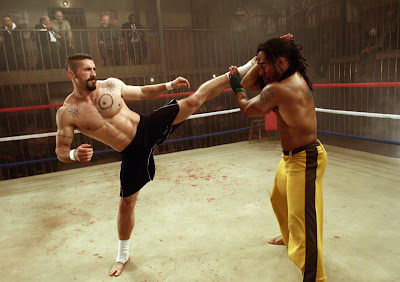