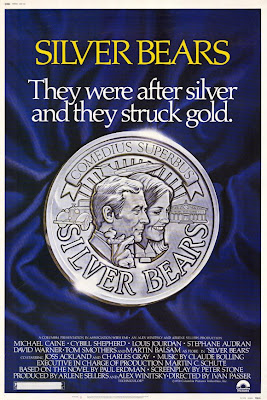 
Starting with five men wearing silly panchos, then taking them off and getting completely naked and getting in a hot tub and discussing the upcoming heist they want to pull off and then jaggedly cutting to the superimposed title "Gold Strike", which looks like it was typed on an old-school Apple IIgs, you can't help but groan.

Set in Switzerland, Michael Caine plays Doc Fletcher, the mastermind of the Swiss bank heist. Similar to The Bank Job (2008), they are next to a pizza place instead of a chicken shack where they plan the heist. Caine is assigned a partner to oversee the "job", the irritating, high-pitched, show-stealing-from-Conan Jay Leno, named Albert Fiore. He has big curly hair, a big straw hat and glasses. All he does is complain and ask questions. Caine yells all his lines. Before On Deadly Ground (1994), this was a career low for Caine and a career high for Jay Leno.

Fletcher falls in love with Debbie (Shepherd) and Tommy Smothers shows up at some point. This is all mediocre, standard fare with no surprises.

The "Gold Strike" VHS tape, put out on the "Dominican Releasing" label, has many problems. The G of Gold looks like a C, but the movie is not called "Cold Strike". On the back of the box, it reads "If you're looking for entertaining advice on the world market, you'll love every minute of Gold Strike!"

Is that true? Only you can be the judge. 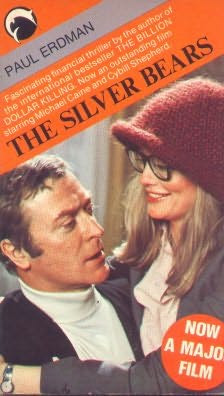