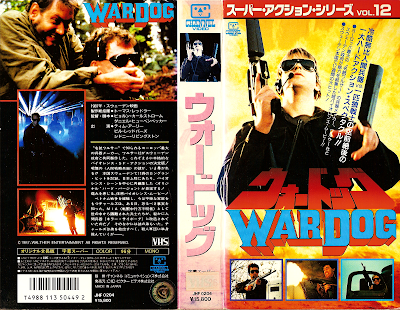 
We loved Wardogs! Its unabashed celebration of over the top violence really earns the viewers' admiration.

Charles Stewart (Earle) is a Vietnam vet who wants answers about his brother Rick's death. He teams up with Dean Daniels (Ernblad), a reporter interested in missing Vietnam soldiers. It turns out the evil Spacek (Fridh) started a training camp in South Africa to pump out SuperSoldiers. These brainwashed, emotionless, unstoppable killing machines are now on the loose, brutalizing anything in their path. Will Charles' wife and son be next? 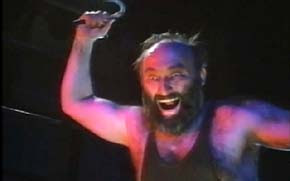 Wardogs is an extremely enjoyable Swedish production that seems to go out of its way to seem "American". It has some funny dubbing and the characters have "American"-type names. There are constant references to Coca-Cola, Corn Flakes, Marlboro cigarettes and the then-current L.A. Olympics. Rick even resembles Barry Williams of The Brady Bunch fame. However, simply from the imaginative and commendable cinematography, we can tell this is a European production, among other clues. It also makes the absolute best of its low budget in ingenious ways. 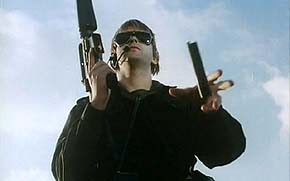 Our hero in Wardogs isn't a musclebound meathead with a lot of slick dialogue. He is a tubby everyman that the audience can relate to. He's not a superman - and since the audience truly fears the utter ruthlessness of the Wardogs, for every kill and victory of our hero, the audience says "Yeah!" This makes Wardogs a great popcorn/beer movie, if not for the whole family, for a group of bloodthirsty film fans. 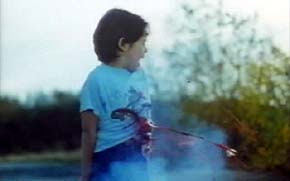 On that point, Wardogs seems like an action movie made by horror film fans. In fact, the last 15 minutes abandons action entirely and goes all-out horror. It totally works! 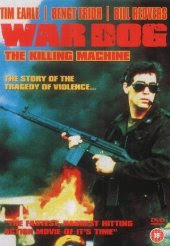 A minor masterpiece of blood and violence, Wardogs is an underrated gem worth seeking out.

Just caught this on the B-movie TV roku channel. Completely agree. This is a masterpiece of cinema.

Can't agree more. Just a blast to watch. Happy you enjoyed it too.