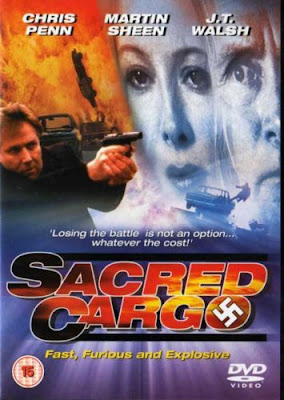 
Vince Kanevsky (Penn) is an all-American dude who likes to drink, gamble and get into the occasional barfight. His brother could not be more different - he’s Father Andrew Kanevsky (Sheen), a priest with a kindly nature. When Andrew hears that back in the “old country”, St. Petersburg, Russia, a neo-Nazi group is terrorizing Catholics, he and Vince go there to see if they can help. Once in Russia, the intrigue begins as Andrew is kidnapped by the evil Oleg (Yatsko) and Vince, now a fish out of water in this strange land, must fend for himself and get to the truth. Once meeting up with mysterious monk Father Stanislav (Walsh), he realizes that the “sacred cargo” we’ve heard so much about is hundreds of millions of dollars of stolen jewels and “icons”. With the help of Sasha (Karin), Vince winds his way through all the twists and turns to help save his brother, the stolen loot, and the Catholic church.

The casting of Chris Penn and Martin Sheen as brothers is very weird. Sure, they’re “the original odd couple”, but Sheen’s presence in the film is minimal. Sacred Cargo, as a whole, could have used more Sheen, but Chris Penn barely saves the movie with his “everyman” presence and good acting. He’s an action star we can all relate to - he’s not the best looking guy, he’s a little pudgy, and he doesn’t always perfectly execute his fighting moves, but he’s heroic and gets the girl, even if, naturally, he seems a little confused.

It seems most people are not aware that this movie exists, even though it features Martin Sheen. Chris Penn shows his range somewhat here, in an atypical action-based role. But the film, with its religious themes, serious, dour tone and bleak cinematography, is closer to a drama/thriller with some action elements. 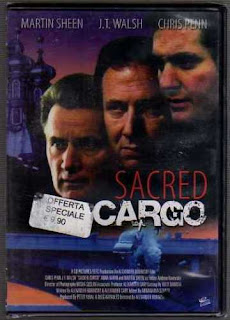 And we can’t forget about J.T. Walsh, who brings his menacing acting chops wherever he goes. The three leads are fine in the acting department...others in the film not so much. The first half of the film especially shows its low-budget roots, but once the plot kicks in while everyone is in Russia, the streets and architecture there give the film some good production value.

Featuring not one, but FOUR songs by Gorky Park - “Bang” is not one of them but the super-catchy “Moscow Calling” is - Sacred Cargo is certainly not a bad movie, but it can best be described as an oddity on the filmography of everyone involved.

Comeuppance Review by: Ty and Brett
Posted by Ty at 2.7.11

Gorky Park! That alone makes the film worth viewing!

I think you will enjoy it, Venom. A lot of their killer songs are in the movie! Plus the Sheen, Penn and Walsh factor.

Chris Penn as an action star has always mystified me, though Best of Best 1 and 2 will always be two of my favorite flicks.

Best Of The Best 2 is definitely a winner. We will have a review of it soon.

Between the Sheen, the Penn, and the Gorky Park, there's a lot going on here that I can't pass up. Great stuff.

And I just realized that I forgot to mention the late JT Walsh. That's just icing on the cake!

J.T. Walsh never disappoints. It is an interesting but odd movie for everyone involved.

Would be interested in your take on it, DTVC!