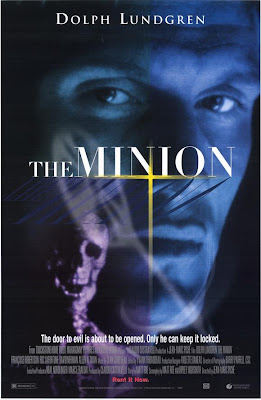 When archaeologist Karen Goodleaf (Robertson) goes to investigate a burial site found underneath New York City, she gets way more than she bargained for. Among the relics is an ancient key. This key just happens to unlock the hiding place of  “The Minion”, a devil or demon of some sort. Luckily, Lukas (Dolph), is sent from a monastery in Jerusalem to help recover the key before it falls into the wrong hands. As it turns out, Lukas is a direct descendent of The Templars, and his “warrior priest” status helps Karen fend off the powers of The Minion, whose spirit can inhabit the bodies of others. What will happen to the mysterious key? 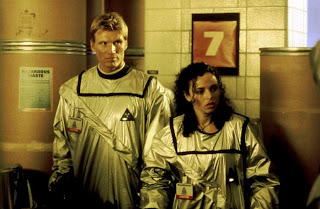 The Minion has some noteworthy ideas, such as modern-day Templars, and the dialogue is fairly interesting, or at least attempts to be. For example, The Minion has the ability to turn you into a were-minion. So many DTV movies seem like they’re not even trying; say what you will about The Minion, you could tell the filmmakers were at least putting forth some effort into delivering a product with some worthwhile thought put into it. The dialogue to convey said ideas is delivered convincingly by Dolph, who must have chosen this role because it’s a bit different than what he’s usually known for (or he was hitting a rough patch in his career and had no other option but to go to Canada and shoot this). 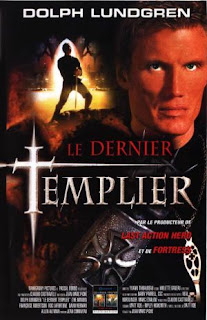 Now while there are historical references (among plenty of mumbo-jumbo, of course) - the film borrows heavily from such contemporary movies as The Relic (1997), but crosses it with C.H.U.D. (1984), of all things. Dolph  can only stop the evil with a huge spiked glove, highly reminiscent of The Glove (1979). But it’s one of the cooler aspects of this movie nonetheless. Actually, an entire movie could - nay - MUST be made of Dolph fighting more baddies and punks with a spiked glove. Come to think of it, forget all this mystical demon noise. Dolph and “The Glove” forever! Who’s with us? Anyway, add in a demon in some kind of supernatural prison, and Dolph as the most badass dude to wear a white Priest’s collar, and you have a decently entertaining Dolph vehicle, despite its flaws. 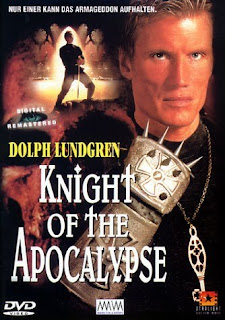 It may not be one of Dolph’s shining moments, but The Minion really isn’t all that bad. It’s a good one-time watch.

My friends and I all had tons of fun with this one, and I agree wholeheartedly, it doesn't get much better than Dolph and a spiked glove, especially when he's a KGB trained priest.

Agreed, this is one of Dolph's more underrated films, it was interesting to see him try his hand at supernatural horror, this film was highly remniscent of "The Hidden" with the whole body-jumping thing. Too bad Dolph's other attempt at horror(Jill Ripps) was so utterly wretched(you'll also want to stay clear of that Fat Slags film he was in).

DTVC: It is a killer combination that the audiences should like. Hopefully he will bring back the spiked glove for future appearances!

Venom: Glad to see you agree. Too bad he wasn't in more quality horror productions.

So is this Dolph month now? If so where is "I Come In Peace"?

In honor of his birthday (November 3rd) it is Dolph month!

I Come In Peace drops on November 28th.

It was worth the price of admission to watch an entire audience laughing their asses off at this hilariously bad film. Only I am fairly sure that wasn't the effect they were going for. The only thing needed was the BIFF, KAPOWEE & OOF words on screen from the old Batman series!

Cool you saw the Minion in the theater, the "punchy" sound effects must've been nice and loud in surround sound.

Did you see this in a movie theater, festival screening or somewhere else?

This is essentially Dolph's End of Days

You're right. It basically is. Plus this was a better movie than End Of Days.