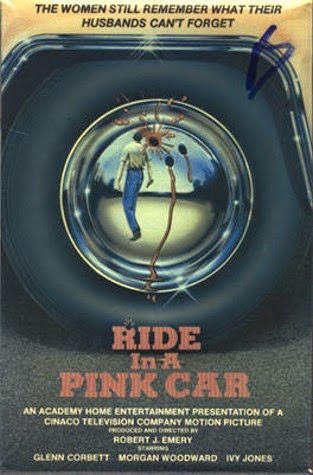 
Gid Barker (Corbett) returns home to the small town of Benton, Florida after some years away in ‘Nam. As it turns out, the townsfolk don’t receive him warmly and are all antagonistic towards him. During one of his conflicts with the locals, Gid ends up accidentally killing one of the good ol’ boys. That’s more than enough for the town to want to lynch him, so he steals the titular “pink car” and goes on the run with his buddy Rainy (Benet), who is also a pariah because he’s a Native American Indian. So then there are a bunch of chases and weak confrontations until the final outcome. What will it be? Find out today?

Ride In A Pink car is not the best example of the “guy comes home from Vietnam and faces hostility” movie that seemed to bubble up in the 1970’s. The No Mercy Man (1973) is a far better film, and, even trumping that fine work is the modern-day masterpiece Rolling Thunder (1977). First Blood (1982) perfected the formula by the early 80’s.

Unfortunately ‘pink car is a casualty along the road getting there. We desperately wanted to like the movie, but it’s very slow, dramatic in the wrong places, and there’s a severe dearth of action. Perhaps that’s unfair if this wasn’t meant to be an out-and-out action movie, but we’re just thrown into the middle of the plot right from the get-go and it’s hard to shake off the feelings of confusion and uncaring. Though, to be fair, the audio and video quality of the VHS release are absolutely horrid. Given a cleaned-up DVD treatment, the movie might deserve a reassessment. 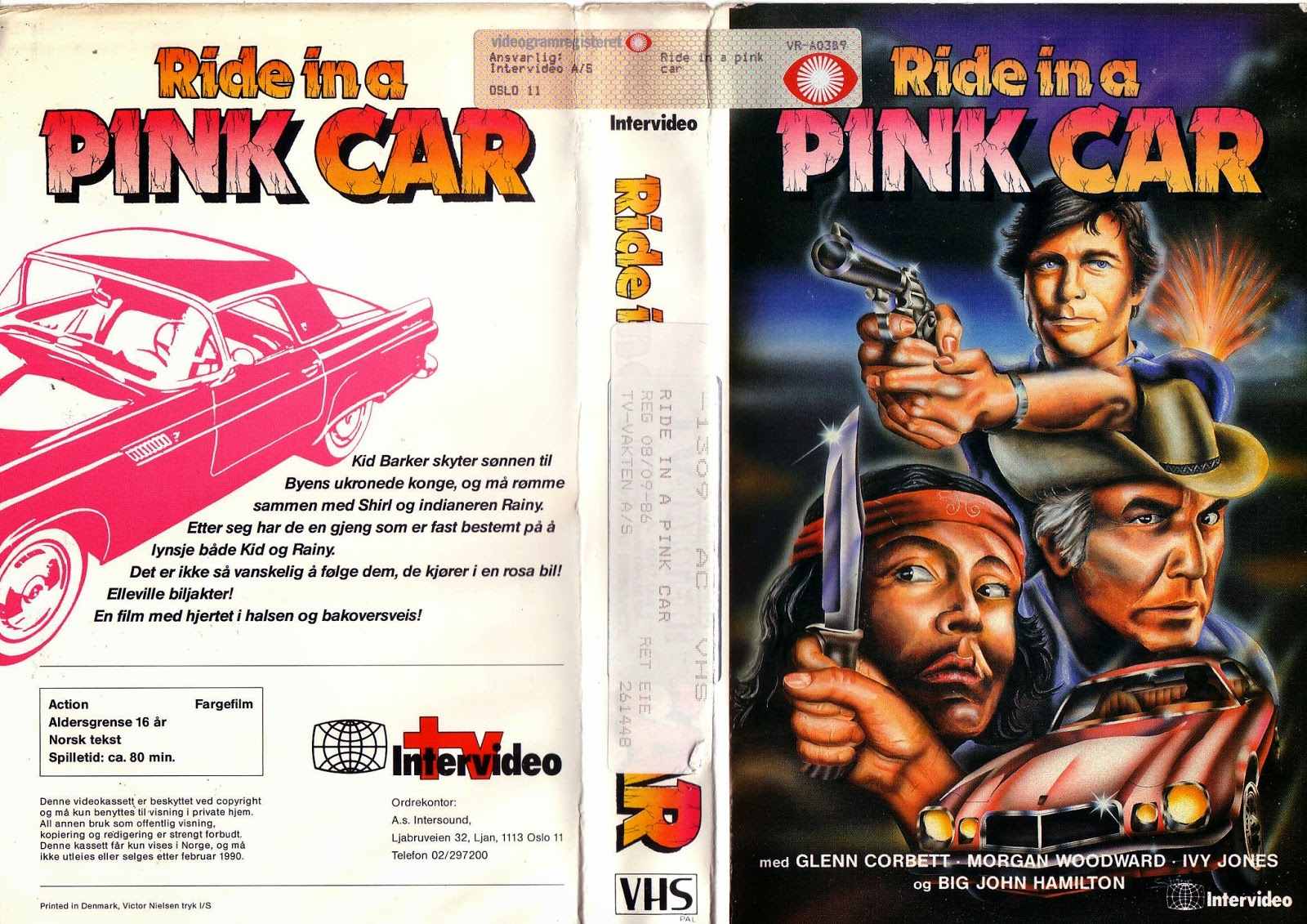 The movie is also clearly influenced by the then-current hit Billy Jack (1971) - imagine a regional version. There are some car chases (of the “fruit-cart” style, naturally) and maybe a few mild blow-ups, but the movie needed at least one sort-of-known name. Jimmy Dean, Bo Hopkins, Bo Svenson, Bo....Jackson, somebody! But the music, by Vic Caesar, is enjoyable, and lines of dialogue such as “smells like rancid perfume gone flat”, in reference to the local booze, keep the movie from being a total waste, but just barely. The above line was said by Pinky, a man who dresses all in pink, and from whom Gid gets the classic Pink Car. It does seem somewhat effeminate in these post-General Lee times we‘re living in, however. 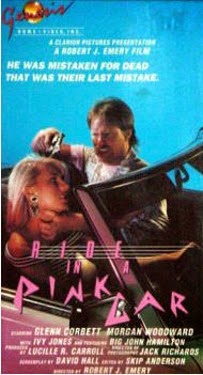 But strange-looking people, characters continually drenched in their own sweat, and a Sheriff who wears a bolo tie with his Sheriff’s outfit don’t save the movie. It’s too staid. The character of Gid needed more rage. Ironically, the plot has no drive. As stated earlier, our willingness to like this movie was disappointed at every turn. Shot in Rubonia, Florida, Ride In A Pink Car (the cover models on the VHS box above were created and have nothing whatsoever to do with the movie), sadly, stalls out when it should be putting pedal to the metal.

No surprise that a movie with a terrible title like this turned out to be bad.

BTW, when is your review of Stormcatcher coming?

It's definitely a tough sit. Don't watch this one. Haha. Haven't got to Storm Catcher yet...but it will be watched\reviewed soon. We're shooting for August.