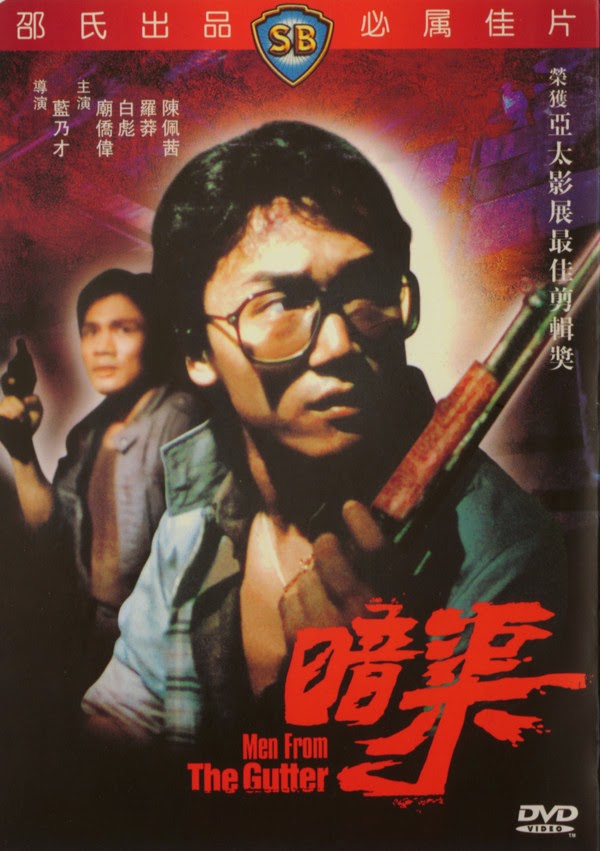 A recipe for mayhem on the streets of Hong Kong gets set in motion when a ruthless killer named Zijian (Pai Piao) shows up seemingly out of nowhere, looking to get revenge against Xu Wen (Wong Yung) and his associates, especially since he’s now “Mr. Xu”, a corporate bigwig. Meanwhile, a gang of three lower-level thugs, Ah Tai (Wong), Ah Long (Lung Tin Sang)and Brainless (Lau), along with female accomplice Lily (Chen Pei Hsi) are planning a heist after all getting out of prison, but the head of the ragtag gang, Ah Tai, shoots a police officer and then has to reassess the situation.

Thrown into this volatile mix is the sensible, even-tempered cop Qiu (Miu Kiu Wai), and his more hot-headed partner Zhao (Meng). The two cops have to get to the bottom of this entanglement of betrayals, backstabbing, drug violence and insanity. Can they do it?

Shaw Brothers enters the 80’s in a big way with this gritty urban crime drama/thriller. Probably the SB’s were trying to shake off the specter of their reputation for period pieces - which in the wake of their competitors such as Golden Harvest and other studios who were turning out more contemporary fare, probably seemed like a good idea. They more than likely didn’t want to bee seen as old fuddy-duddies churning out product that was stuffy and not relevant to what the moviegoing public of the day wanted to see. Thankfully, they nailed it with their response - Men From the Gutter.

Hiring director Ngai Choi Lam as director was certainly an inspired choice - even though this was only his second film as director, he shows a ton of energy and verve which infuses the movie from start to finish. The whole venture is very well-shot, with many cool camera moves and angles which suck you in to the proceedings.

The movie is filled with awesome 80’s style, as both the hero, Qiu, and his arch-nemesis, Zijian, both have stylish glasses and wardrobes. The set decorations are always interesting, and there’s even a memorable scene where the quintessential 80’s sport/trend, racquetball, gets turned on its ear. Just more proof that the 80’s rule, no matter what country you live in. Adding the icing on the cake is the cool soundtrack music. The whole thing is very fast-paced, mirroring the rhythm of the city the film takes place in.

We give a solid recommendation to this fine film. Right now the DVD is only available as a region 3 import, but if you have a region-free DVD player, it’s well worth finding online. It’s definitely one of our favorite SB’s, and a relentlessly entertaining one at that.

Also check out a write-up from our buddies 10,000 Bullets and  A Hero Never Dies!