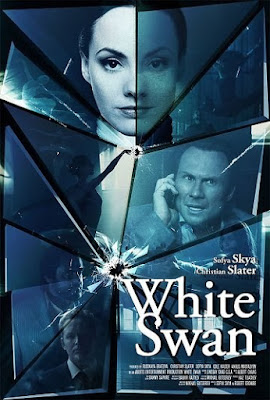 
Maya Letinskaya  (Skya) seems to have the perfect life: she’s a highly-trained professional ballerina, her husband Michael (Slater) is a high-powered businessman, and they have a young daughter and a beautiful family together. However, things take a 180-degree pirouette when some evil Russian (duh) gangsters eliminate Michael, kidnap the daughter, and send Maya to prison on a trumped-up charge. With baddies hot on her trail, Maya penches on the only training she knows, and taps into the awesome power of BALLET. Using the discipline, athleticism, and flexibility she previously used Swan Lakin’ it up to now do high kicks and spins on her opponents, Maya must now prepare for the ultimate performance - saving her daughter’s life, as well as her own. Will she show us all the true meaning of MOSCOW HEAT? (er, sorry. Wrong movie.) Will the ASSASSINS go on a RUN to find Maya? (Yeah, we know it makes no sense. But neither does the title for this movie).

The Russian Ballet. Direct-to-Video action movies. Why it took until 2013 for anyone to put these two things together is anyone’s guess. Much like the McDLT - which, as you will recall, kept the hot side hot and the cool side cool - Assassins Run features an unorthodox combination of textures and temperatures and manages to make everything come out well and satisfying. For the DTV world, this is a classy and stylish gangster drama that goes full-on action after a certain point(e). 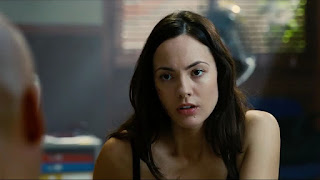 Sofya Skya - that’s Sofya Andreevna Shchetinina-Arzhakovskaya to you - will certainly be one to watch going forward. Not only is she an accomplished ballerina and star of the movie, she also co-directed it and sang the end credits song, “Before You Slipped Away” (a duet with a guy named John Kahn, for those keeping track). Surely someone as multitalented as this has a bright future, and we look forward to what she does next. Helping her out is a true fan favorite, Christian Slater. He spends a lot of his time on the phone, but, then again, with his inimitable voice, wouldn’t you want to talk to him on the phone? We also have Angus Macfadyen on board to provide further interest, and Cole Hauser, who, in this movie at least, looks alarmingly like noted/forgotten-about boil on society, Spencer Pratt. 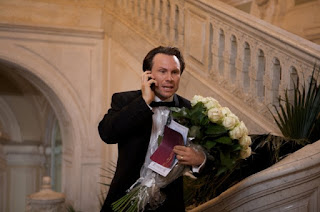 Sure, after about 45 minutes there’s a bit of a lull, but that’s a common problem, and it picks up shortly thereafter. On the whole we found Assassins Run to be original and refreshingly different. Yes, there’s the time honored shooting, fights, and it becomes a prison movie at one point, but we just loved the idea of a ballerina who uses her lifetime of training in that art who then turns it into a Martial Art. Maybe it’s something about the Russian psyche that that rings true for them. To ironically paraphrase Yakov Smirnoff, “What a country!” (if reading this silently to yourself, make sure you say that in a jovial yet thick Russian accent).

Like us, you’ll surely become Sofya Skya fans after watching this. After all, it is all about her in the end. Despite the great Christian Slater, this wouldn’t be much of a movie if it wasn’t for the presence of Skya. So be sure to check her out giving the baddies the true meaning of batterie as she plies all over their beaten-up bodies. We found the experience winning, not to mention culturally enhancing.

Please know that I check this site religiously, as I am part of an audience of folks who will watch a DTV movie once and never again. Your ability to infuse life and create a desire to see easily forgotten films is unparalleled, in my opinion.

And I'm a professional editor; I've read a few things in my time.

I can't begin to tell you how often I've had to stifle laughter while reading your reviews. You never seem to have a bad one.

So, regarding this film, would you say it's the Gymkata of ballet?

Thanks for your kind words as always. We really appreciate it. We really laughed - and agreed - at your comment calling it "the Gymkata of ballet".

It's carrying on the proud Kurt Thomas tradition.

That comment makes me want to do a handstand in tiny 80s-style gym shorts.