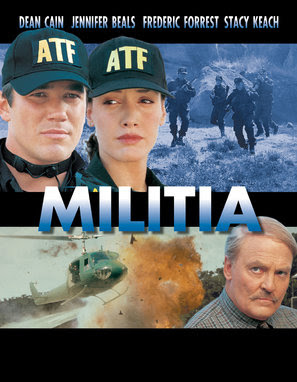 Ethan Carter (Cain) is an ATF agent with an attitude. During a raid on the compound of the so-called MILITIA group Brotherhood of Liberty, Carter manages to shoot and wound its leader, William Fain (Forrest). Fain ends up going to prison, and most of the compound, including the majority of its inhabitants, are torched. Years later, Carter is chosen to go on a very special mission. He must go undercover as a member of Brotherhood of Liberty, and to accompany him, none other than Fain gets a get out of jail free card. The two unlikely allies have to find some missing anthrax because some baddies are going to attach it to a missile and launch it. Carter doesn’t want to work with ATF newbie Julie Sanders (Beals), but it’s going to take all they’ve got to stop arch-baddie George Armstrong Montgomery (Keach)…or is there a wider conspiracy afoot?

Militia was a pleasant surprise. Maybe it’s because we were expecting the worst when we went in, but we thought it was entertaining and likely the best Wynorski movie we’ve reviewed to date. Now, that’s not to say a lot of the elements he consistently uses aren’t here, including recycled footage from Rambo: First Blood Part II (1985), American Ninja 2 (1987), Delta Force 2 (1990), and Terminator 2 (1991). Hell, why didn’t he just call the movie Militia 2? But the dialogue is pretty snappy, the pace is quick, and it’s somewhat fun to play “spot the footage”. It’s interpolated into the movie better at some times than at others, but Militia still has other strong points to boast… 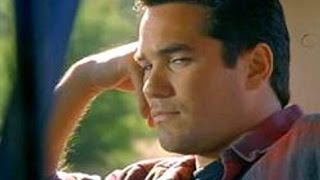 It has a fine cast of character actors and they all do their jobs well. Fan favorite Dean Cain turns on the charm and the witty repartee as he goes into action as the fairly belligerent ATF agent, and Jennifer Beals as his sidekick provides him a worthy foil. Frederic Forrest gives Cain even more to worry about as the conflicted militia member with his political beliefs, and Jeff Kober is on hand as one of his fellow militia-ists. The centerpiece of them all is the great Stacy Keach, of course, and while he was excellent as the talk radio host-turned-aspiring-world-dominator, it’s the type of role Keach could do in his sleep. Our guess is he didn’t feel too challenged by the part. But it’s almost always a joy to see him in action.

Honorable mention should go to one Michael Cavanaugh, who played Donaman, as he stood out in that role. The only puzzling thing in the cast department is the nothing role of Brett Butler, who has a mere cameo as a bartender. But since there was a lot of machine gun shooting, rockets being launched, and at least one exploding helicopter around her, perhaps she was attempting to show us the true meaning of “Grace Under Fire”! 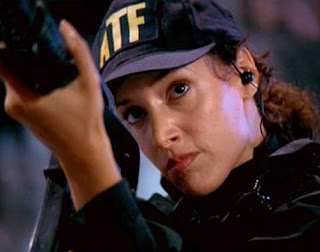 One of the great things about DTV movies is that they can be cranked out relatively quickly, so they can stay on the pulse of what’s happening in real life. Fascinatingly, Militia, with all its talk of terrorism and governmental weakness and botchings, came out before 9/11. Also, there are references to incidents like Waco and Ruby Ridge so it can stay relevant and “ripped from the headlines”. And if all that doesn’t float your boat, you can always check out the local country store featured in the film, which advertises such things as “cash for roadkill” and something called “peppered cowboy jerky”. Figuring out what that is just may be the ultimate mystery of the movie.

Militia must be the best – or one of the best – DTV action movies to come out in the otherwise rather dreary year of 2000. As long as you keep your perspective while doing so, we say check it out.

When I saw the year 2000 I was unsure I even wanted to bother watching the movie until I saw Stacy Keach on the cover art! He's awesome. And after reading your review I have to watch it. Good review.

Thanks! Got to love Stacy Keach, we think you'll enjoy the movie. Tell us what you think after you watch anytime. :-)