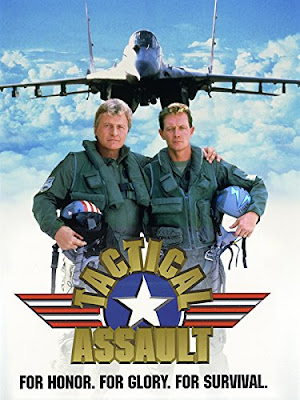 Col. Lee "Tiger" Banning (Patrick) and Captain John "Doc" Holiday (Hauer) are high-flying Air Force warriors, and they used to be buddies. Seemingly for no reason, Doc flips out - while in mid-flight - and begins harassing, taunting, and firing upon a harmless civilian airplane. Banning is forced to act and he shoots down Doc's plane so he can save all the innocents on board.
Some time later, while on assignment in Hungary, Banning's actions come back to haunt him. Even though he did the right thing, he still feels bad and questions himself. His wife Jennifer (Glasser) is pregnant with their first child and things generally seem to be looking up for the Bannings.
However, Doc - who is still a psycho nutjob - makes it his mission to ruin Banning's life. So he begins stalking them and doing all sorts of creepy things. Naturally, it all comes to a head in the ultimate confrontation between Doc and Banning. Which one will be the victim of a TACTICAL ASSAULT?

Tactical Assault is a cross between a Plane Slog and a "...From Hell" movie. You know, like a Babysitter from hell, Temp from hell, Crush from hell, Ex-Wife or Girlfriend from hell, or any person who generally stalks and harasses you because they're crazy. These sorts of movies were huge in the 90's and many were made for TV, specifically Lifetime. (Director Mark Griffiths made a lot of TV movies, so perhaps he was really in his wheelhouse here). If you read this site regularly, you can almost guess what we're about to say next. Well, here it goes: we didn't like the Plane Slog scenes, but we did like the From Hell scenes. 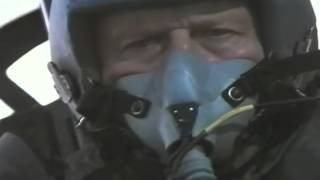 The From Hell moments worked far better and were massively more entertaining than anything else on show in Tactical Assault, namely the Air Force lingo, people on the ground looking at screens and saying coordinates, and seemingly endless scenes of guys in the cockpits of their planes. Unless you're a plane fanatic, there's nothing much to sink your teeth into as far as those scenes go.

Things begin to fire on more cylinders (we won't say all of them) once the stalking/confrontations begin between Tiger and Doc. The ace up the movie's sleeve, of course, is the fact that they got two heavyweight actors - Patrick and Hauer, of course - to try to anchor the proceedings. It was nice to see two fan favorites like them face off, but in our opinion they could have jettisoned most of the Plane Slog stuff and just concentrated on the From Hell stuff. That would have raised the level of Tactical Assault considerably. 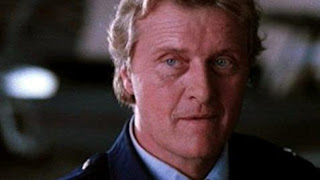 Of course, Zero Tolerance (1994) remains our favorite Robert Patrick film, and it's hard to go from that to this. We kept wanting to see him shoot Mick Fleetwood in the head. Or something like that. While there are some blow-ups and some plane-shooting, this really concentrates more on the drama of the relationship between Banning and Doc. That's good for the actors, but things only really pick up around the 70-minute mark, when Rutger Hauer begins chasing Robert Patrick around in a stolen tank. Sorry, Doc and Banning, I should say.

The drama is underlined by the Jennifer character, who drops a lot of coffee in the film. There is more than one scene of her being so startled or afraid that she drops her coffee. She should have picked up a sword and stabbed Doc or something to that effect. Multiple coffee-drops just don't cut it anymore.

Director Griffiths is the mastermind behind not just Hardbodies (1984) but also Hardbodies 2 (1986). So since he's so fond of genre mash-ups such as Tactical Assault, how about a Plane Slog/80's Teen Sex Romp? Or perhaps a Romp/From Hell? The possibilities are endless. The whole "Air Force Captain From Hell" idea is not a bad one at all but there's a ton of waste in Tactical Assault. It should have been 90% From Hell and 10% Plane Slog. That would have helped a lot. Instead it's more like 70% Plane Slog and 30% From Hell. That balance should have been corrected.

So, while we appreciate that Griffiths was trying to do something different with the tired Plane Slog template, and that he got quality actors to do it with, in the end it just doesn't come together like it should. For that reason, we can't really recommend Tactical Assault.

Comeuppance Review by: Brett and Ty
Also check out a write-up from our buddy, DTVC!

Interesting movie, did you catch all of the footage that was taken directly from Iron Eagle? I swear that film more then any other has been used as stock footage in these DTV cheapies.

You're right, we've seen a lot of borrowed Iron Eagle footage over the years and it's funny to spot.