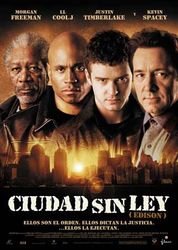 
Edison Force is the biggest direct-to-video release of 2006.

Edison Force is about Joshua (Timberlake) who is a journalist. He uncovers corruption in the police force. One of the most evil cops is Lazerov (McDermott). He tells his boss Moses (Freeman) and they team up with Wallace (Spacey) and Reigert, the D.A. (Elwes) to blow the whistle. But Lazerov doesn't want the secret to come out and he tries to kill Joshua. 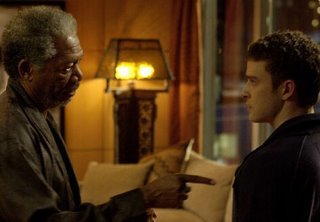 What saves this movie is the acting. Timberlake is okay. Some of his line readings are terrible though. Freeman and Spacey put in their usual professional performances. Dylan McDermott is the standout. You wish he had more screen time. John Heard drops by and gives a boring role as the chief of police some energy. The action scenes are fun and exciting also. I almost forgot that LL Cool J was in it. He's so wooden and aloof, you forget he's in the movie.

If you don't take it seriously, you'll have a good time with it. 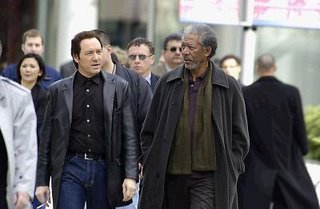