Hologram Man is another entertaining movie from the PM Group. They released the most explosion-packed movies to video stores in the 90s. They are now defunct, but at the time they were the kings. Hologram Man is like the straight to video cross between the classics Virtuosity (1995) and Demolition Man (1993). 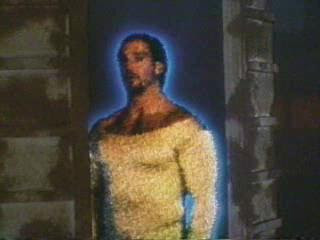 The plot is: Slash Gallagher (Evan Lurie) is baddest criminal around. When he kills the Governor, he gets sent to "Holographic Stasis", which means his body is discarded for a holographic one. But during his parole hearing five years later, he escapes and only one cop can bring him down: Kurt Decoda (Joe Lara).

This movie has non-stop explosions. Every car, person and building is blown up. They spared no expense on the pyrotechnics this time around. The body count is also very high, with hundreds getting killed. It makes for a fun evening. The acting is also first-rate. Evan Lurie and Joe Lara put in exciting performances. Michael Nouri, on the other hand, looks like he's reading cue cards. Overall, this is a very cool flick that's worth seeing. 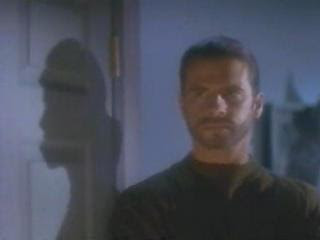