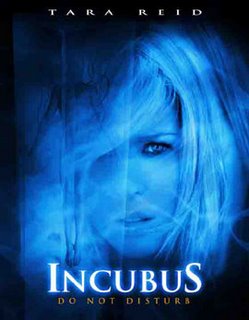 "Incubus" has been on the shelf for a while. Filmed in late 2004, it collected dust for a year and half and then premiered on AOL. It finally comes to DVD this February. It wasn't worth the wait.

Jay (Reid) and her group of friends are stranded in a building where they realize that someone or something is terrorizing them by going into their dreams. Can they stop the madness?

Wow, this is one badly acted movie. The token black guy (Ndifornyen) was the worst. His line readings were awful. It appears that O'Connell can be seen reading the cue cards - with no emotion whatsoever. I'll save the worst for last: Reid has been better (Silent Partner for example) but she doesn't show talent here. Just a blank expression. Her screams are even miscued and lifeless. 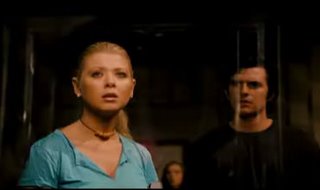 The only saving grace was the climax\ending. It had some suspense and gore and was put together well. If only the whole movie was like that. This Incubus gives Esperanto a bad name...and surely Mr. Shatner is none too pleased.

Man, I forgot this was coming out! I know it's going to be horrible, but I've still gotta see it.

It's pretty bad, man. The acting alone will make you tear your hair out!