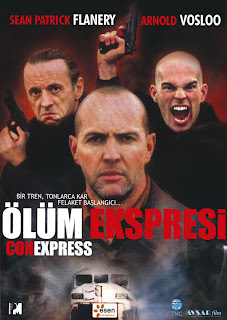 
Con Express is a fun flick.

The plot goes like this: Alex Brooks (Flanery) is a special agent assigned to bring down Anton Simeonov (Vosloo) who has a nuclear device. Brooks has to team up with another agent (Ursula Karven) when he gets double-crossed. The Cold War is back and it's heating up...

This is one of the last movies produced by PM entertainment. It looks like they spared no expense (except the stock footage of Runaway Train, 1985). The action scenes are well-shot. The stand-out is the gunfight in the cabin. Flanery, Karven, and Vosloo put in good performances for the silly material. 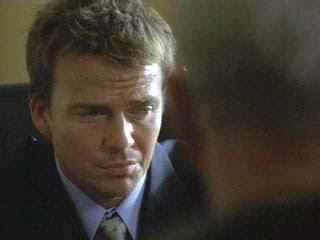 If you're looking for a good couch potato movie, Con Express should fit the bill.