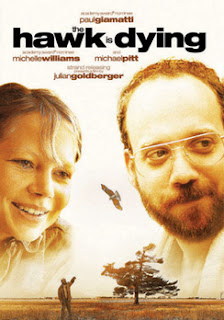 The Hawk Is Dying is a low-key gem.

George Gattling (Giamatti) has a boring life as an auto upholsterer. His hobby is training hawks. But most of his hawks die of starvation. When he finds another one, his goal is to not make it starve and get the respect of his family. 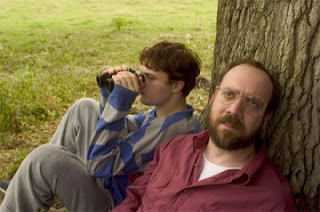 As usual, Giamatti puts in a great performance as George. You feel for his character instantly. You want him to succeed. Williams also does a good job as George's love interest. I can see why this movie was dumped onto DVD shelves. The movie has no commercial appeal. I think it's better that way. Perhaps people can discover this movie themselves.

The Hawk Is Dying is definitely worth watching. 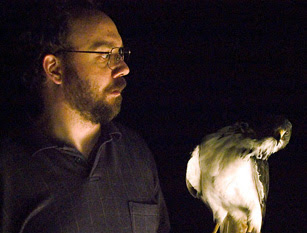 Email ThisBlogThis!Share to TwitterShare to FacebookShare to Pinterest
Labels: 2006, Direct To Video, Michelle Williams, Paul Giamatti, The Hawk Is Dying