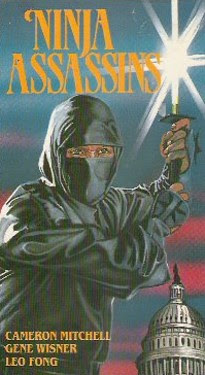 AKA: Enforcer from Death Row, The Ninja Enforcer, and Ninja Nightmare


Supremely silly in every conceivable way, Ninja Assassins is a lot of fun.

Much like the similar Clash Of The Ninjas, this also starts with a multi-racial boardroom filled with non-actors. In this case, the organization is called the "World Organization Of Peace". The letters WOP are featured prominently. Apparently, an evil-doer named "Nomad" is threatening the WOP-pers and there is only one man that can stop him: Of course, it's LEO FONG! (who did you expect?) 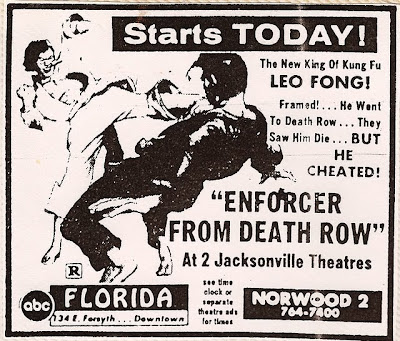 The only problem is, he is on death row and going to be executed. It is good that the "CYANIDE" and "ACID" are so clearly and cartoonishly labeled. Not to be confused with the "DANGER ACID" seen later in the movie. As Fong sits in some sort of gas\electric chair hybrid (The gas comes out of the chair) and the seatbelts are holding him in, we discover the execution was all a ruse, so he can shed his former identity and join WOP undercover in Manila.

Throughout the movie, there is a lot of torture with rats and snakes and you cheer when Leo unleashes his patented Fong-Fu on the baddies. 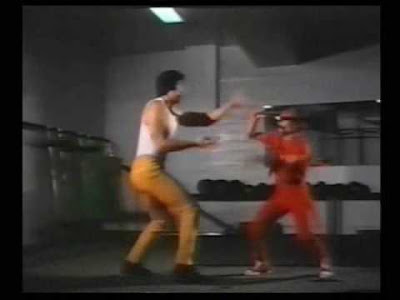 Everything here is great: the non-acting by the broken-English-only cast, the mustaches, the amazing 70s fashions, and the funky theme song that invokes both "Shaft" and "Poppa was a Rollin' Stone".

Further highlights in a movie of highlights include: A ninja poppin' a wheelie on a motorbike, a ninja throwing shurikens in slow-motion, the "Final Field Fight" which is awkward and laughable but yet contains eyeball-stealing brutality, the overall presence of Leo Fong which is just plain Fong-tastic and an unnecessary, but wicked boat explosion.

Contrary to what some people believe, the great Cameron Mitchell IS in the movie, but just in the last three minutes. Also this movie was issued under a myriad of titles. The most popular is "Enforcer from Death Row" on the Lightning label. This movie is not to be confused with Ninja Enforcer (1973). 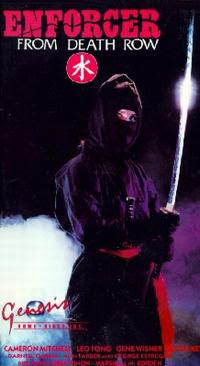 Fan Favorite Fong fights furiously with his Fong-Fu in this fun, fantastic feature film that features a final field fight! 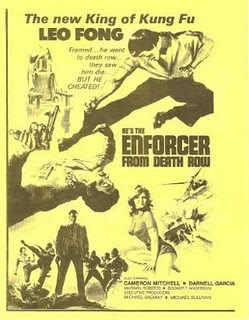