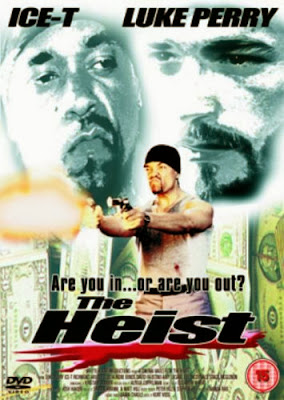 
Not to be confused with The Heist (1997), nor should it be confused with Armored (2009), of which this is a precursor by ten years, THIS "The Heist" is a decent urban shoot-em-up starring an over-the-top Ice-T as "C-Note". 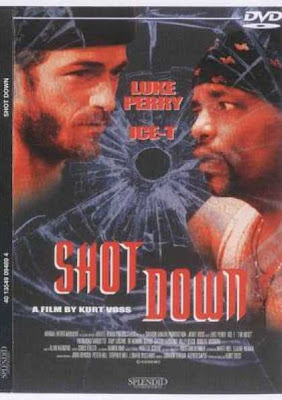 C-Note, Slim (Wisdom) and Trent hijack an armored car and murder the guards. They hide out in an abandoned warehouse but then Jack (Perry) and his brother Moe (Arquette) stumble upon them and try to take the money while trying not to get killed by C-Note. There are plenty of double and triple crosses, some of which involve white boyz trying to be more "street", one of which is played by David Faustino. During the final, prerequisite gun battle, C-Note shouts "Die, white boy, die!" Thanks to Ice-T's inimitable delivery, that is laugh-out-loud funny.


Luke Perry has a beard and attempts to act "tough", with middling results. Before holding up the armored car, C-Note once again gets a great line when he utters "This is our personal ATM. Let's make a withdrawal". Clearly C-Note missed his calling as a banker/financial guru.


All in all, The Heist is an adequate, workmanlike action flick with no surprises.