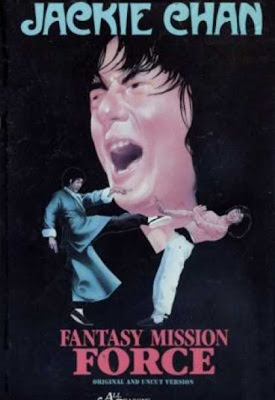 AKA: Mini Special Force and Shadowman 2

Possibly the most insane Jackie Chan vehicle, "Fantasy Mission Force" begins with a bearded General with a monocle deciding who is going to be part of a commando group. He shows the people in the room a slide show of James Bond, a man resembling Snake Plissken and Sylvester Stallone as Rocky. After stating that "James Bond is not available, he's in a different country", and "Rocky is not part of a military operation!", he is cut off in mid-sentence by the title, credits and song. It then goes to a bar where people are singing and dancing. 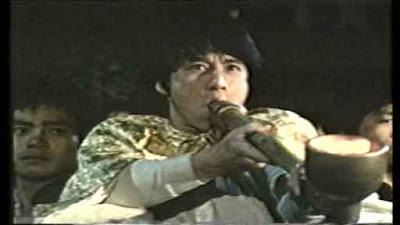 Are you confused? That's okay, it's all part of the nonsensical fun.

Next we have Jackie Chan (in this outing as "Jacky") fighting a sumo wrestler. He did fifteen years in jail "for gambling". It then cuts to a Monty Python-style parade of Chinese Scottish people in kilts and playing bagpipes. The "Fantasy Mission Force" consists of a few people walking around outside. They then find a haunted house with a floating head. Then there are "yellow-hooded Nazis". 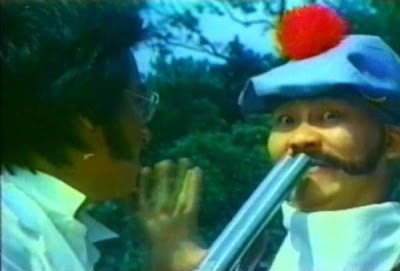 This movie is a jumble of crazy ideas, sped-up martial arts, bad dubbing (Jackie Chan sounds like a girl) and jagged editing. It's rare that you see a movie where absolutely nothing makes any sense whatsoever. There are some fight scenes at the end that are somewhat "normal" but "Fantasy Mission Force" is one silly, zany scene after another. If that sounds like your cup of tea, see it if you get the chance! 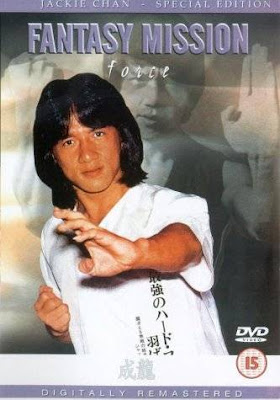 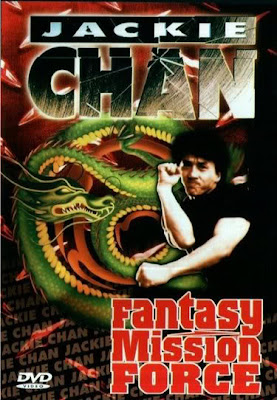 Comeuppance review by: Ty and Brett
Posted by Ty at 9.7.10