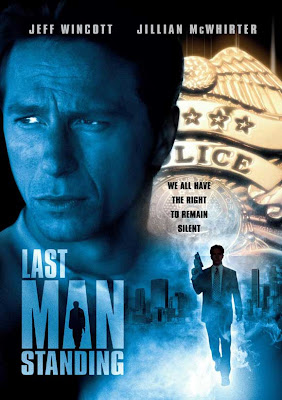 
Truly the Street Kings (2008) of its day, if any direct-to-video product ever deserved a theatrical release, this is it.

In this fast-paced and highly entertaining tale, Detective Kurt Bellmore (Wincott) is a tough L.A. cop who plays by his own rules. His partner Doc (Banks) is retiring soon and wrote a tell-all book about the LAPD's corrupt practices. This doesn't please Lt. Darnell Seagrove (Eastin), who is mired in corruption and kickbacks that go all the way to the top. He's even BFF's with ultra-violent, crafty, diabolical and just downright super evil bad guy Snake Underwood (Fuller). Once some missing money is involved, Bellmore, who is an honest straight-arrow, will stop at literally nothing to take down the bad guys and expose the truth. Even if it means exposing not just himself, but also his wife Anabella (McWhirter) to not just Underwood and his underlings Lucretia (Fabian) and Kazz (LaSardo) -  but also the corrupt cops. So they go on the run together. Will they get the justice they seek? 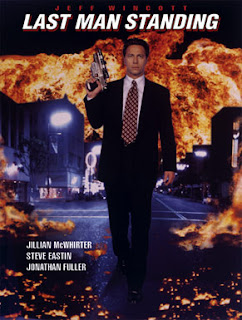 This is how all action movies, direct to video or not, should be done. On top of the completely over the top car, gun and action set pieces PM is known for (here they really pull out all the stops), here you also have good acting and an involving plot. Add some silly humor and all the elements come together beautifully.

Wincott is in rare form as Bellmore. He has a great, no-nonsense, tough persona. From the minute we see him in his giant yellow suit in the opening chase, we know we're in for something special. He only hijacks awesome vehicles from innocent motorists in the name of the law for his death-defying chases. He might be the most tenacious, determined cop ever. Wincott also does a much better "Noooooo!" in this movie than he does in Fatal Combat (1997). 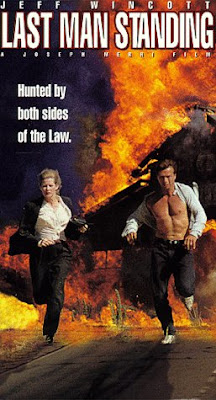 Snake Underwood is the best name PM has come up with for a bad guy since Hologram Man's (1995) Slash Gallagher. Jonathan Banks as Doc should also be singled out for his excellence. Because of his quality performance, it helps invest the audience in the plot. As I believe we've said before on this site, there are such things as GOOD cliches, and not all cliches are bad. It's all in how you do it. Director Merhi seems to understand this, so he delivers explosions and action to the max and killer chase scenes, but it would all mean nothing if we didn't care about Bellmore, Doc and Anabella. So he made sure we do care about the fates of the characters, and that helps immensely. One way Merhi turned convention on its ear, however, is that usually in cop movies and TV shows, IA (Internal Affairs) is portrayed as bad or annoying. Here they are the good guys. So we thought that was interesting. Add that to the expertly-done stunts and you have a definite winner.

One of the best PM's and a certified pleasure to watch, make sure you see the rockin' Last Man Standing!

Ahhh good to see a positive review for this PM. I have it on a two sided disc with another PM flick and haven't watch it yet. Sounds like i'm in for a good time!

You definitely are! It is PM at their best!

I loved this one as well. Wincott just delivers-- as always. Great review.