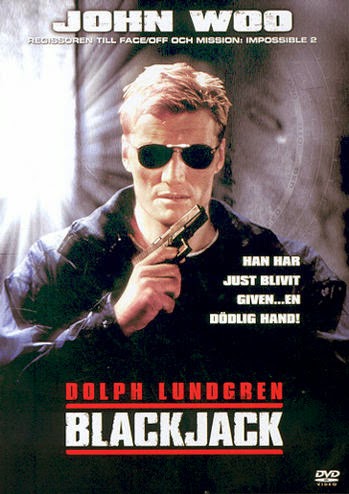 Jack Devlin (Dolph) is a man handy with a deck of cards - and, being as tough as he is, he’s a man you definitely want on your side. When he saves a young girl named Casey (Murphy) from a home invasion by hired killers, the two develop a father-daughter-like relationship. During the course of this fight, Jack’s vision is impaired and he develops a phobia of the color white. Casey eventually comes to live with him in his NYC apartment, where Jack also lives with his manservant Thomas (Rubinek). Jack then becomes the personal bodyguard to up-and-coming supermodel Cinder James (Heskin). But there are still killers on the loose and Jack must do his best, despite his new disability, to take down the baddies. Can he do it?

Apparently, Blackjack was meant as a pilot for a TV show about Jack Devlin, and you can totally tell. There’s really nothing about Blackjack you wouldn’t see on shows such as The Point Man, The Lazarus Man, Profiler, or any other action/drama programming on USA or UPN at the time. Sure, we still appreciate the stunt work - the scene in the forest is the standout - but the whole movie has a wacky vibe that will no doubt make you laugh, but is that really the point? 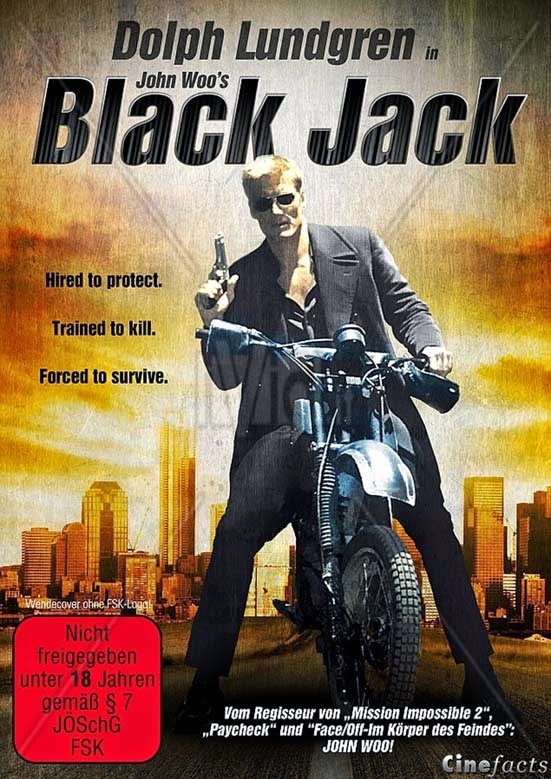 Fred Williamson is in it for a criminally small amount of time (what this movie should have been is Fred and Dolph as cops busting heads in a gritty NYC scenario, not this silliness) and Rubinek adds to the silly tone with his eyepatch and accent. Even though this was directed by John Woo, it feels more like a parody of Woo than Woo himself. Blackjack needed to be shorter and snappier, not to mention grittier. As it is, it feels like watered-down Dolph. He does his usual charismatic job, but it’s kind of hard to care. It seems like the whole vision plot was just an excuse for him to wear his awesome shades. 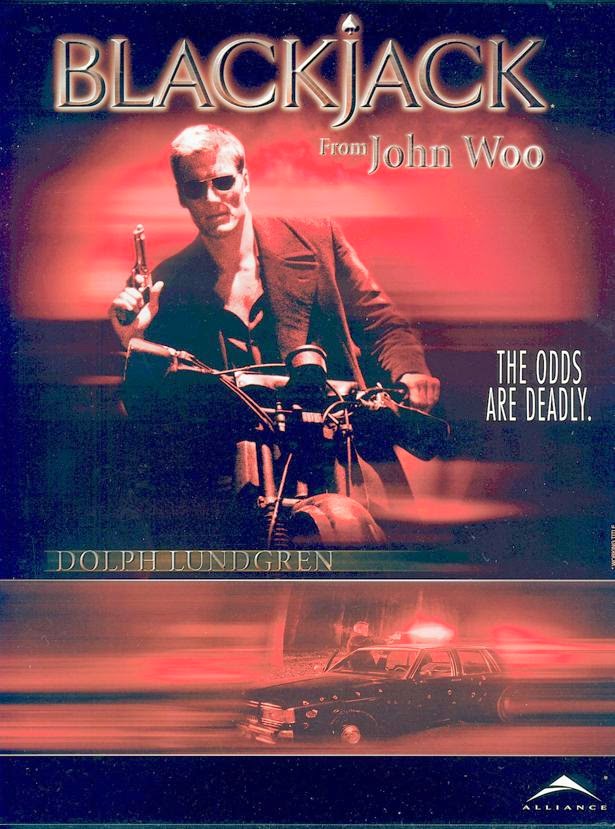 There does seem to be a reference to Zatoichi and the Baby Cart series if you’re looking for it, but on the whole this is pretty junky for John Woo, and the TV-movie vibe doesn’t really help matters. Though  it came out in the late 90’s, it was reassuring to hear some classic 80’s-style sax on the soundtrack. Dolph fans will always find something to love about the man, and Blackjack does have its moments (although most of them are silly moments) but it seems a different approach to the material would have helped immensely. It’s not a bad idea, there’s just something a bit wonky about the execution.

Also check out write-ups from our buddies, DTVC and The Video Vacuum!
Posted by Ty at 3.6.14

Loved to see Fred Williamson in an action movie aside Dolph. Best of it is the milk scene.

I completely agree. I remember renting this when it was released. Not knowing that it was a TV pilot, I was quite surprised at the result of the Woo-Dolph combination. I was expecting something like Hard Target.
Sax and violence was the mainstay of 80s movies. ;-)

Harry: That would've been awesome. A killer action pairing. It's not too late.

Roger: Totally agree. If only Woo made Hard Target with Dolph! Haha. Wished this wasn't a tv pilot. But it's still ok.

I thought this one was decent fun, even though it did get kinda goofy at times.

Totally agree. This should've been better. At least we still have The Punisher. Also that Dolph show Safe that's on the CW channel is pretty bad. Have you've seen that? Haha.

I never knew he had a TV show on the CW, the premise dosen't sound that good.

You're not missing much. It has a waste of Dolph, but the opening tune is very 90s. Haha.