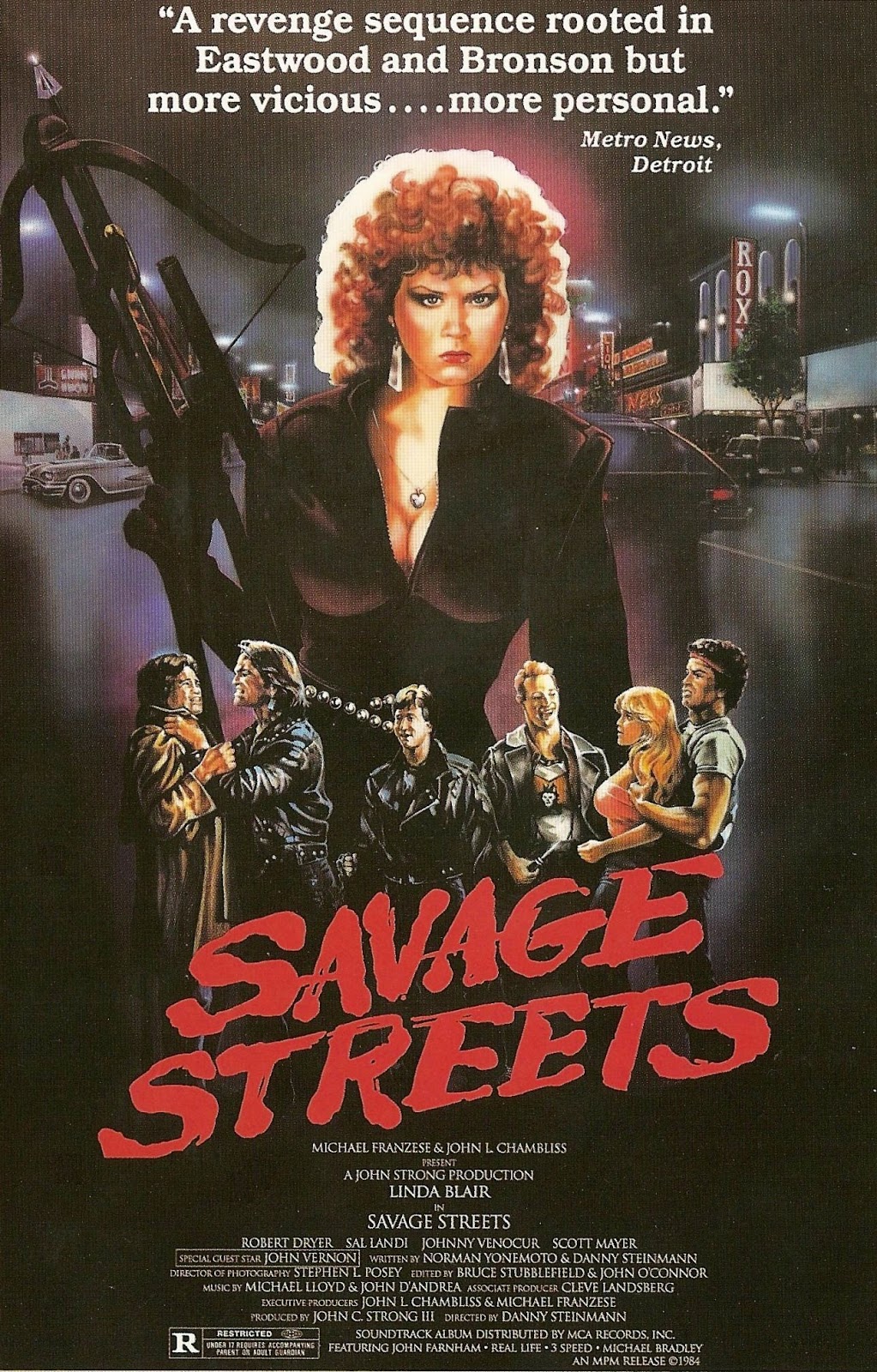 Brenda (Blair) is a tough, streetwise chick who loves nothing more than hanging out on the streets of Hollywood with her group of friends named The Satins (remember when friends used to do that?) - but her one soft spot is for her deaf/mute sister, Heather (Quigley).

Trouble arises when a group of no-good street toughs called The Scars, who do nothing but annoy and harass everyone, cross paths with The Satins. Led by the sinister Jake (Dryer), he and his boys continually up the ante, until they go WAY too far, and Brenda, who was already on the edge and getting into catfights at school with the cheerleader Cindy (Perle), snaps and begins wearing black fingerless gloves. Suspended from school by Principal Underwood (Vernon), she is free to use her time to get her revenge against The Scars. Will she complete her mission? Find out today!

This movie is so, so great. Imagine if Foxes (1980) was an exploitative revenge movie. The awesomeness of the 80’s is cranked to 11, and the film seemingly makes no apologies for its unabashed, for lack of a better word, raunch. To the delight of viewers, political correctness is light years away, and everything from the dialogue on down has a wickedly entertaining power that is impossible to resist.

Linda Blair has absolutely never been better - her level of sassiness is off the charts, and her exchanges with just about everybody give her some great lines - but her best on-screen partner is John Vernon, and their scenes together are priceless. 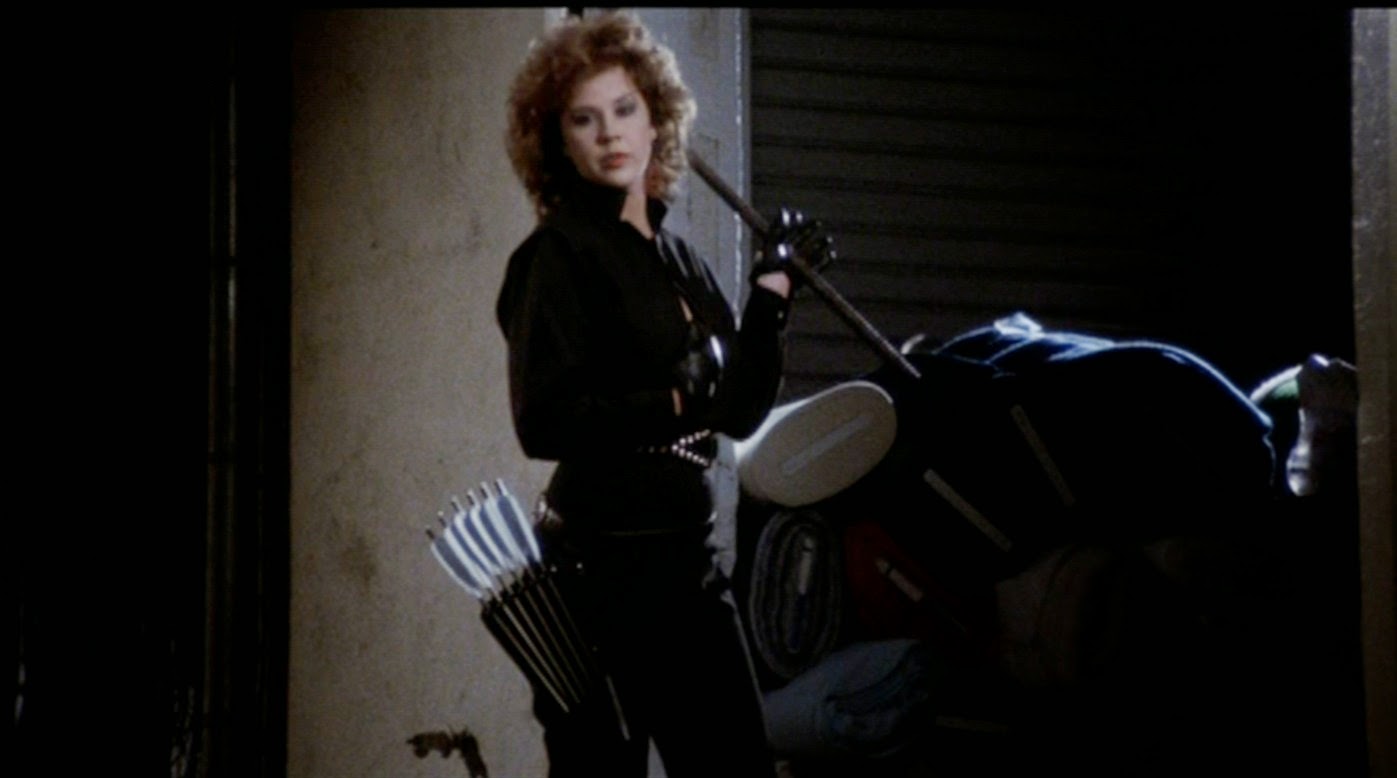 The fashions not just the Satins, but everyone wears are mind-boggling, and the music is perfect, especially the songs by John Farnham. You thought the songs he did for Rad (1986) were great, just check these out. Someone needs to do a CD reissue stat.  Whoever created the signs in the movie truly outdid themselves - “Doctors Hospital” and at the club MX there is a sign on the wall that simply reads “Rock and Roll”. You truly cannot beat that.

Outside of a record store there are posters for Kiss, Def Leppard and Motley Crue, and it wouldn’t be a high school-set movie without a 42-year old student, this time it’s Cindy’s boyfriend Wes (Frishman). Or at least that’s how it seems.

We really have nothing negative to say about Savage Streets. If you love awesome things and fun times, you will love it. Not to mention 80’s nostalgia. The movie truly shows why revenge movies are among our favorites. It delivers exactly what you want, and then some. If there are any haters out there, don’t listen to them. Savage Streets is an out-and-out winner!

Watched it in cinema - cut.
Got the VHS - cut.
But i love the Farnham songs.