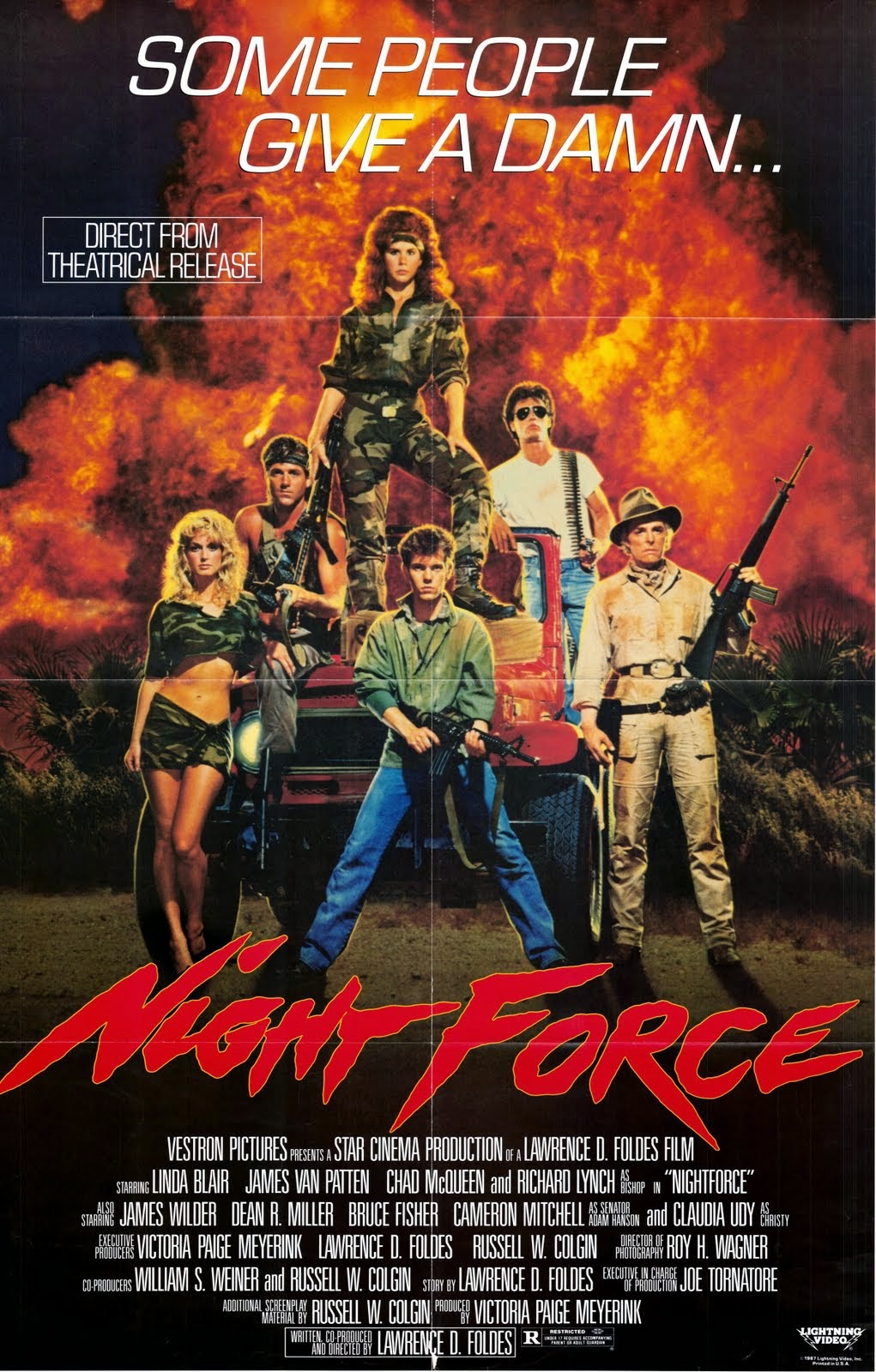 
Christy Hansen (Udy) is a beautiful equestrian rider who seemingly has the perfect life: she’s about to marry Bob Worthington (King), a member of the prestigious and wealthy Worthington family. (Don’t they even sound rich?) - the only problem is, she’s in love with Bob’s rough-and-tumble brother Steve (Van Patten). She thinks this is the worst problem in her life, until she’s kidnapped and held captive by the San Felipe Anarchist Army. They’re a south of the border terrorist organization led by the sinister Estoban (Fisher) who doesn’t at all resemble any Cuban dictators we might know, and his army of thugs.

Getting the typical run-around and red tape from the government - which includes Christy’s own father, Senator Adam Hansen (Mitchell) - Christy’s friends decide to become a makeshift mercenary force and go and rescue her themselves. Despite having no experience in the violent arts, the aforementioned Steve, plus Henry (McQueen), Eddie (Miller), Mack (Marcel) and Carla (Blair) attempt the rescue mission nevertheless. Along their treacherous way, they meet the mysterious but extremely helpful Vietnam vet Bishop (Lynch). Will this ragtag band of amateur vigilantes rescue their friend? Dare you find out? 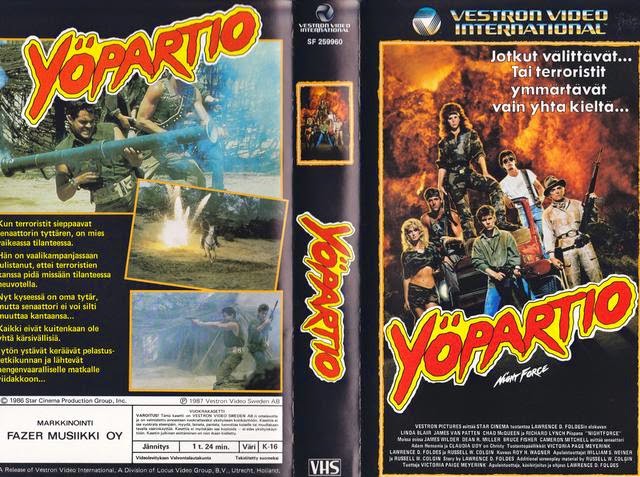 A very impressive B-movie cast filled with fan favorites just kind of wade around in the mush of this colorless outing. It starts off in a very disjointed manner, and steadily becomes a more coherent, but more standard exploding hut/fruit cart chase actioner that doesn’t really offer anything new for diehard action fans.

Sure, the opening bit has plenty of slow-motion mindless shooting set to the synthesized main theme and you think “this has promise”. but then a certain blandness and repetition sets in. 80’s staples such as the disco scene and aerobics help matters, but not enough to save the movie in its entirety. The movie needed more Cam Mitchell, who basically does a “sit-down” role. Chad McQueen brandishes a rocket launcher, and, after some initial fears, he does indeed maintain his trademark: no sleeves. McQueen’s arms must always be unencumbered by any form of cloth.

Richard Lynch puts in a likable performance, and he even plays the flute and has a pet monkey. Where else but here will you see the movie credit “Rambo the monkey as Pin”? Pin, or should we say Rambo, wears camo pants like the rest of the cast. His performance really stands out. Van Patten also appeared in director Foldes’ Young Warriors (1983), and seems like a young, confused Treat Williams. Linda Blair plays the “tough chick”, playing against the more girly Christy. It could almost be said that her character here could be a continuation of Brenda from Savage Streets (1984). Carla could be like what Brenda would have turned out as later in life. Adding to the positives column is the end-credits song, “I Still Remember”, sung by Linda herself. 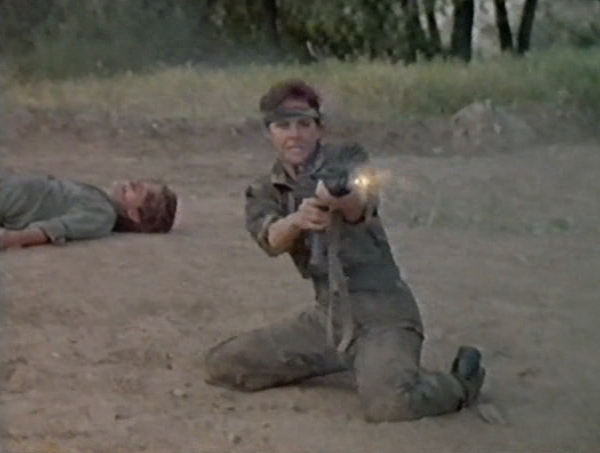 Despite its mediocrity, items like Night Force actually did their own little part to make the video stores of the 80’s great. They added their own brick in the wall of mind-boggling choices the best video stores had. Not every movie ever made is going to be an awesome life-changer. Sometimes corraling some familiar names together and having them engage in some mindless shooting and blow-ups is enough. Clearly the filmmakers knew this, as indicated by its 79 minute running time. It was all good enough for Lightning Video to release it (it was produced by Vestron Pictures) - and as long as you don’t expect too much, you might be able to wring some enjoyment out of the rag that is Night Force.

It is a long time ago I've seen it. Can't really remember. Had too watch it again.

Cool. It's worth another watch in the future.