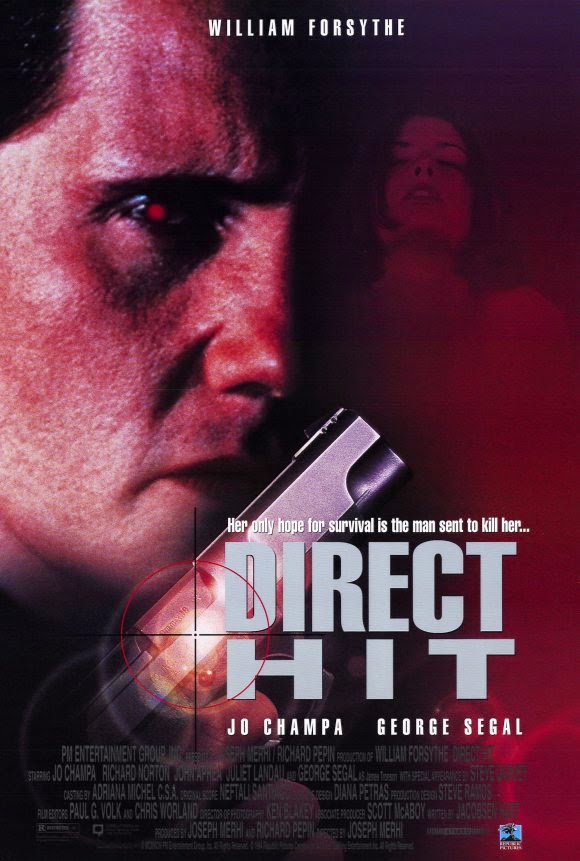 
John Hatch (Forsythe) has had a long and storied career as a hitman (alternately called a “triggerman” or a “fingerman” by his associates) but is tired of the game and wants to retire. Unfortunately for him, his boss James Tronson (Segal) won’t allow it, cajoling him into the famous “One Last Job”.

Hatch still is against the idea, because the target, a woman named Savannah (Champa), is innocent and has a young daughter to support. When Tronson hires rival fingerman Rogers (Norton) to complete the hit, Hatch enters the life saving business and protects Savannah and her daughter from the onslaught of their enemies. Seeing in Savannah his redemption from a life of killing and murder, Hatch vows to protect her at all costs - perhaps even his own life. Will it come to that? Find out today!

Direct Hit is standard-issue PM, but with a few quirks that make it stand out. Mainly it’s William Forsythe, finally in a starring role, who is the main focus. He is cool, tough, menacing, believable, and has an awesome voice. He’s an ideal choice for the role of a hitman with a heart of gold. George Segal chomps his cigar with aplomb, and we also thought veteran star of stage and screen Jerry Springer also could have played that role. Their voices are very similar.

Fan favorite Richard Norton is of course here too - we always love seeing him, but in this role he doesn’t get to display his Martial Arts skill. Perhaps he was trying to branch out and show he could act without kicking various and sundry goons in the face. Luckily, the movie is largely well-acted and has a downbeat sort of feel to it, which adds to the overall vibe. 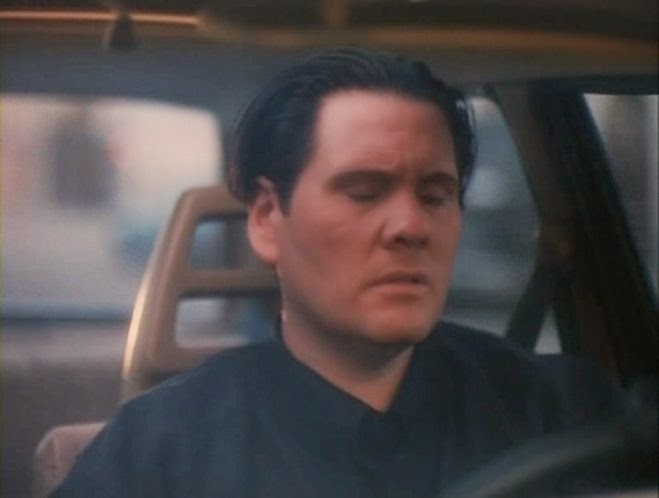 Some classic DTV action items are on display once again: the Prerequisite Torture of the hero, and the all-time classic “One Last Job”. Indeed, this whole movie revolves around the OLJ scenario. They even could have called the movie One Last Job, but the title Direct Hit is actually pretty clever because it contains a double meaning.

Because this is, after all, a PM, it has plenty of gunplay, explosions, car chases/wrecks, and the time-honored “car blowing up in the middle of the street for barely any reason but thank goodness they’re doing it again” stunt. But it’s leavened with drama, the best scenes of which are the ones between Hatch and his father, which are actually effective.

While there are a few lulls during the course of Direct Hit, let’s not forget this is prime 1994 video store material: it has the seemingly-ubiquitous goons with ponytails and suits with colorful ties, and the casual racism you could never get away with today. It’s easy to see this sitting on the shelf of your local video store, vying for rental among its more popular competitors.

But despite the aforementioned lulls, Direct Hit is an enjoyable action drama, largely due to Forsythe.

Another solid PM movie. Why weren't they more famous? Norton is one of the few actors who can effortlessly jump(kick) between heroic and villainous roles.

Can't agree more. He did have a solid run in the 80s and 90s teaming up with Rothrock. They should make another movie together.

They actually are planning a new movie together. It's called Double Fury.

Also agree. One of the better PM-Movies. And they have many of them.

Rothrock unites. Not with Norton, but with Max Thayer.

Don't waste time on this one.