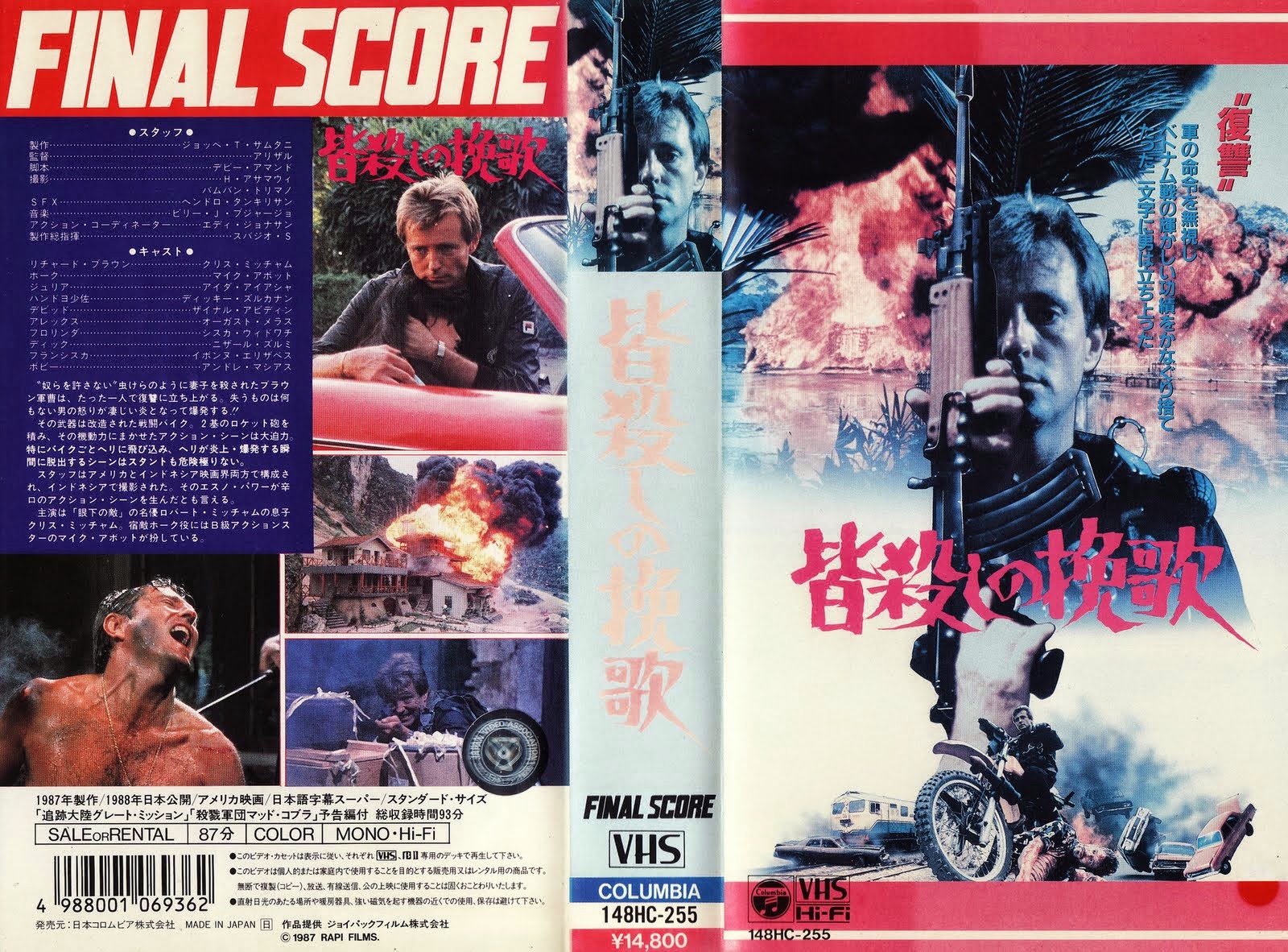 Richard Brown (Mitchum) is a Vietnam vet who learned well how to blow up guard towers and huts during his military service. Once in civilian life, he settles with his wife and young son Bobby (Mathias) in Indonesia, ironically believing it superior to America, at least in terms of it being safe and welcoming.

His dreams of a happy home life are shattered when thugs under the command of wildly evil baddie Mr. Hawk (Abbott) rape and kill his wife, then cruelly and unnecessarily murder Bobby as well. Brown immediately snaps into action, tracking down the perpetrators one by one, and he even has an awesome “to kill” list, where he crosses off bad guy names as they die. You do NOT want to upset Richard Brown. Because even if all of Indonesia has to be annihilated in the process, he’s going to get the FINAL SCORE.

Well, we found it. Final Score is undoubtedly one of the most badass movies on the planet. It’s a crime that it never got a U.S. VHS release in the golden age of the video store, or, to date, even a stateside DVD release. Had that happened, the course of movie history would have changed. We’re quite confident this would be widely regarded as an all-time action classic. As it stands now, it’s an action cult classic, not unlike No Dead Heroes (1986) or Phantom Soldiers (1987).

Take a solid Death Wish (1974) scenario, set it in Indonesia, have it star Chris Mitchum instead of Charles Bronson, and ramp it all up to the nth degree, and you have something of an idea of the charm of Final Score. Everything works like a well-oiled machine, even the opening credits perfectly do their job.

They’re an ominous (and cool) shade of red on black, and with not just music behind them, but violence sounds such as guns firing and bombs exploding. This gives the viewer a heart-pounding sense of anticipation for what they’re about to see, and expertly and subtly puts the viewer’s mind in a tough, gritty mode that comes with a world of conflict and fighting. Even the young Bobby dresses like a little soldier and plays with toy guns. His dad even buys him a toy gun set for his ill-fated birthday.

Finally, FINALLY, we have been blessed with a movie that truly delivers the goods on every level. Brown is a hero that has no mercy, no remorse, and nothing to lose. Just as they have to be, and are at their best. He has a variety of ways of offing his assailants (so nothing ever gets boring), including a rocket launcher, which was refreshing to see because it’s rare a hero gets one, most times it’s a baddie thing. But not in the take-no-prisoners world of Final Score. Brown even has the world’s most rockin’ motorbike. Just when you think “this can’t get any better”, the awesomeness level just keeps rising and rising until it breaks through the roof. 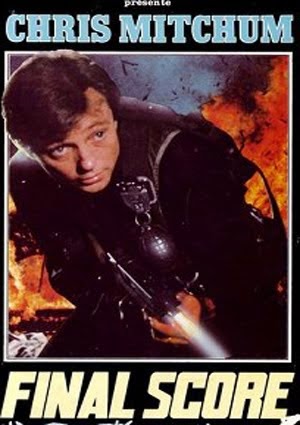 Of course, some classic cliches are here, such as the aforementioned exploding huts and guard towers, the Prerequisite Torture of the hero, the fruit cart car chase, the “discs” with evidence, and the silly one-liners.

And Indonesia must be the most flammable country on earth, as things ignite at the drop of a hat, thankfully, and it’s blow-ups, blow-ups, blow-ups. The movie is indeed a blast, with actual non-stop action. Revenge movies are among our most favorite genres, and this is as satisfying as they come, with many goons for the hero to kill and a Christoph-like villain in the form of Mr. Hawk. The brilliant Arizal definitely has a formula for his baddies, as Hawk could be brothers with Craig Rainmaker. With this film, not to mention his others, Arizal has ascended into godlike status in the cinematic firmament.

This is one of those rare movies you don’t want to end. Whatever you do, just see Final Score. This movie rules.

I've found this on youtube. I'm just wondering if it is worth watching for an exploding helicopter?

Had to search for it in my VHS-Collection. It is titled in Germany as "Strike commando".

Exploding Helicopter: It's definitely worth watching! It's a blast to watch. 80s revenge at it's best.

Harry: Very cool! That's awesome you own this. Happy New Year to you too.

Yeah this film kicks ass and is currently on Youtube.

Final Score rules. See it any way you can.